Last week Realme teased the arrival of a new phone and today the company officially introduced the Realme C1 (2019). It's mostly identical to the original Realme C1 but comes in two new memory configurations - 2/32 GB and 3/32 GB. The announcement comes just days after the Realme C1 reached the 1 million sales milestone.

Madhav Sheth, Realme CEO, revealed the device on the official YouTube channel of the company. While it gets more room for entertainment, including games, movies, and photos, the rest of the specs remain the same - 6.2” notched HD+ screen, Snapdragon 450 chipset and huge 4,230 mAh battery. 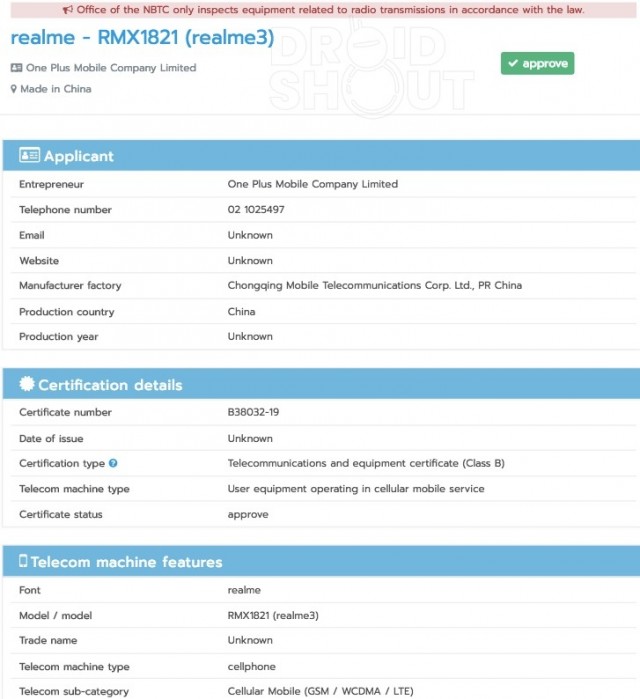 Meanwhile, another more sought after announcement edged a step closer as the Realme 3 got certified in Thailand by the NBTC under the model name RMX1821. It's still unclear if that will be the 48 MP camera phone that the company is working on or we will be getting two new Realme phones in the next couple of months.

Realme teases new smartphone that's all about entertainment [Update: It's not new]

no! its a Filipino language. " KA means YOU " its like " Entertainment for You BOSS "