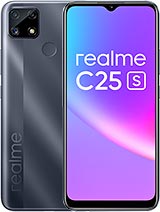 wesha, 12 Sep 2021is it better or redmi 10 ?I see the specifications are very interesting sir ️☺️

wesha, 12 Sep 2021is it better or redmi 10 ?Excuse me sir. I have never used Redmi 10, I dare not conclude which is better between the two. I've used the Redmi brand, Redmi 9 Pro, but the problem is that I sold it before buying this realme, so I can't directly compare the performance. But what I remember is the performance is the same, because I played several games that were the same and smooth. If Redmi 10 has specifications above Redmi 9 Pro, maybe its performance will be better than realme C25s and redmi 9 pro. That is if you mean performance. But when it comes to the quality of the body and the strength of the body that I am currently using, it feels very good. I'm sure it's made of polycarbonate, but I think it's the same as the Nokia 5 with the aluminum body, because I've used it before. I don't know how Redmi 10 is in it. Maybe someone can find a test about it on YouTube sir. And I wish you all the best.

Anonymous, 08 Jun 2021So, when it's an entry level phone...it's design ... moreYes.. but it has high quality and power compared to other smartphones in the same price range. I'm not a seller, just a user, and intend to help anyone who wants to know about this Smartphone that I also use. you can try it yourself. If I lie, never believe what I say in the future about anything.

Anonymous, 02 Sep 2021Heating problem while online class and gaming specially on ... moreliar. This is a smartphone that has quite a number of users in my area. I've been using it myself for two months now, and I use it to play different kinds of games too, no annoying warm-ups. just warm. cooler than many other smartphones, especially those that use Snapdragon processors.

This is an amazing smartphone. Extremely smooth and reliable performance. Ignore all the liars by dropping a comment. I'm sure they are another selling brand. Just buy it and you will feel the greatness for yourself. And you will thank me. For the speaker sector, even though it uses mono speakers, the sound is big and clear. The photos are nice and sharp especially if you enable the chroma boost feature, that's great for the price, but somehow a little less sharp for video recording, that's all. Overall amazing. Although the specifications of the Helio G85 are the same as the Helio G80 and G70, in terms of performance, the GPU frequency on the Helio G85 is higher than that of the G80 and G70. So far so impressive.

Does it support built in call recording?

Is this better than xiaomk redmi 9t? Please help im going to buy a phone but i dont know much about the phone and specs

Heating problem while online class and gaming specially on the camera side.And when listening without headphone the backside vibrates

Gpu frequency of this compared to Infinix hot 10s?

I bought C25s for my sister 10days back...
Pros:
1. Bright display, no problem in direct sunlight
2. Display also sharp despite HD+ resolutions (you can't feel the difference until compare with a FHD+ display side by side)
3. Rear camera (48mp global version) takes decent photos both in outdoor & indoor. But night mode is not that good. But luckily it supports Gcam which produce much much better than built in camera app.
4. G85 has a capable cpu & gpu.
5. Massive 6000mah battery - enough to support 2days for average users.
6. Realme UI 2.0 with Android 11 is highly customizable.
7. Most of the pre installed apps can be removed simply uninstall those.

Cons:
1. 18w fast charger is little slow for such a massive battery.
2. No gyro!!! don't know why realme is advertising it as a gaming mobile but forgot to put a gyro sensor!!! They could discard almost unnecessary macro/depth camera & keep a gyro instead.

So if you play any game which requires gyro, then it’s a big NO...
Otherwise for casual gamers it’s a very attractive choice.

Only LTE not LTE Advanced! Rejected

Is this phone has carrier aggregation?

The Realme C25s has a very appealing back cover designed with a precise radium engraving machine.

Zubaer Alam Galib, 19 Jun 2021What is the point of having this phone? Helio G70 and Helio... moreIn specs yes, in performance no

What is the point of having this phone? Helio G70 and Helio G85 are 99% of the same. Hence, Realme C25 48mp and this doesn't have any major difference.