Realme is pretty young – it was established on May 4 2018 – and it has grown rapidly in that short period. It is now a Top 7 smartphone brand, Top 5 in 9 markets (of the 59 markets where it's officially present).

There are 40 million Realme users around the world already. Most recently, 150,000 joined that group in just 2 minutes, they were won over by the new Realme C11. Before that, it moved 70,000 Narzo 10 units in the same period of time. 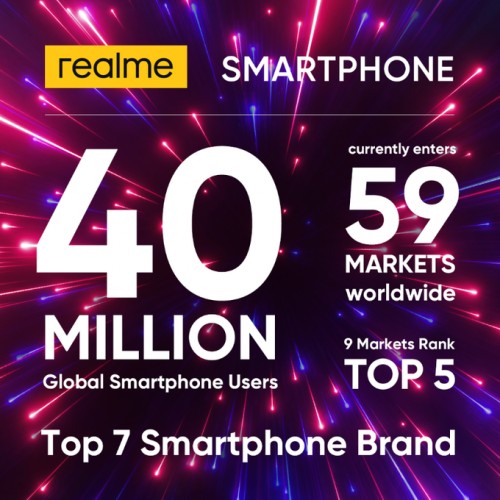 To give you an idea of how quickly the brand has grown, let’s rewind the tape. Realme reached one million sales in September of 2018, just months after it launched. It hit 10 million shipments in August 2019, then 25 million in January of this year and was sitting at 35 million global users this May.

Realme’s goal is to ship 50 million smartphones this year and is banking on the growing 5G coverage to achieve it.

My REALME X is so powerful and one of the best pop up camera phone made so far ..... Its design ,it's performance is litttttt🔥🔥🔥🔥🔥🔥🔥

I have realmex2 I just love this phone