Realme X2 will be powered by Snapdragon 730G SoC

The Realme X2 is arriving on September 24, and we already know that it will feature a 32MP selfie shooter and a 64MP quad camera setup. Today, we learn it will have the Snapdragon 730G SoC at the helm. 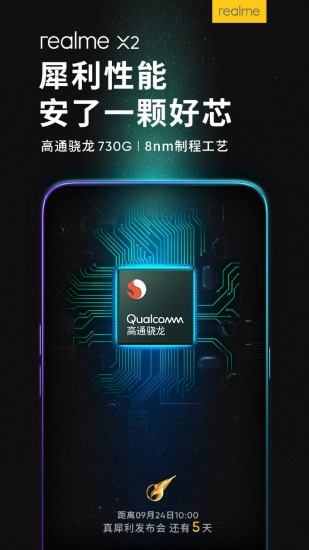 In addition to confirming the chipset, Realme also posted an image on Weibo revealing the X2's design which is similar to that of the Realme XT announced in India last week. The picture also confirms that X2 will be offered in two colors - Pearl White and Pearl Blue. 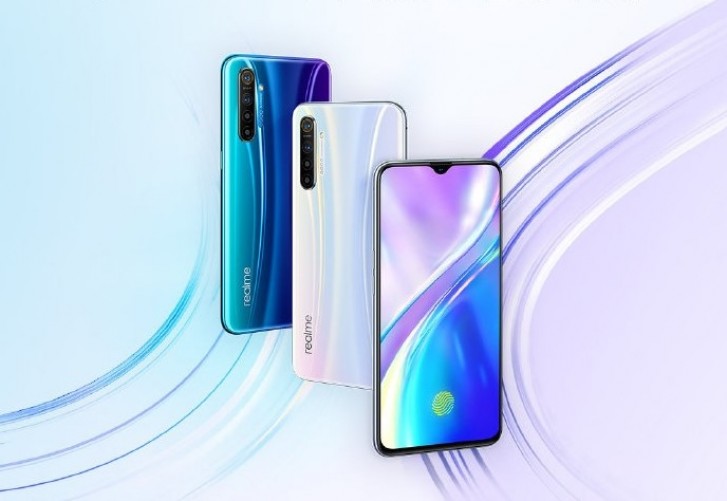 A reliable source told us that Realme X2 for China is a rebranded XT 730G which is slated to arrive in India in December.

Expect Realme to confirm more specs of the X2 in the days leading to the official announcement on next Tuesday.

Realme X2 arriving on September 24 with a 64MP camera

Phone has impressive specs. 30w charging, and snapdragon 730G take the cake. But I have a feeling that they might slap in only a 4Ah battery which is a drawback because nowadays, phones come with almost 5Ah battery for the high end. If by chance Real...

If you're in a hurry, then you should definitely go for k20(non pro) as it has the 730 chip. The reason why Realme is releasing this in China is because they want to sell enough units until the price comes down, and they can then sell it in India. Th...

Oh it's pocket unfriendly for sure. I'm expecting 6.3 to 6.4 inch display or 6.6 inch display if they wanna fit in a larger battery. Protip: go to the tailor, get them to make larger pockets. Problem solved.