A Realme smartphone sporting model code RMX2142 and said to be the Realme X3 received TENAA certification last week, revealing a couple of specifications in the process. Now the listing on the Chinese certifying authority's website has been updated with the phone's images and full specs.

The RMX2142 sports a 6.57" TFT display, having FullHD+ resolution and a pill-shaped punch hole in the top-left corner for the 16MP and 2MP cameras.

The back of the RMX2142, which has a design similar to the Realme 6, is home to a quad camera setup aligned vertically in the upper-left corner. It's a combination of one 48MP, one 8MP and two 2MP units. 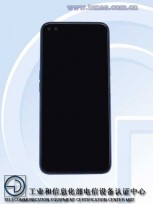 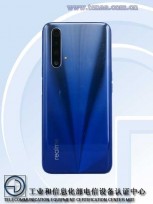 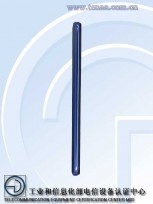 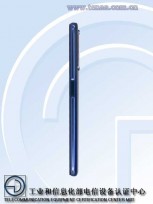 Images of Realme RMX2142, said to be the Realme X3

The RMX2142 will run Android 10 out of the box, likely having Realme UI on top. It features a side-mounted fingerprint scanner, supports dual-mode 5G, and will be offered in two colors - White and Gray-Blue.

Fueling the entire package is a 4,100 mAh battery, which will likely support 30W fast charging.

Realme is also working on X3 SuperZoom, which bagged certifications from NBTC, EEC, and BIS. The smartphone passed through Geekbench with Android 10, Snapdragon 855+ SoC, and 12GB RAM. We expect to hear more about it in the coming days.

TFT display???lol.... its not an upgrade from x2.so it dont have rights to be called as X3..hahaa

Weren't we only talking smartphone displays. I am not aware of any phone which is using PLS panels lately. Only other patented panel type is TN and that is bad w.r.t viewing quality even those are not used in smartphones. Anyways by generic I meant n...