Realme is going to introduce the X50 Pro flagship with 5G in ten days, switching to an online event due to the cancellation of MWC 2020. Which means that the teaser campaign is in full swing and today it brought us another bit of the specs sheet. Realme Europe confirmed we are getting a 90Hz Super AMOLED display for smooth browsing and “enjoying the details on the screen”. 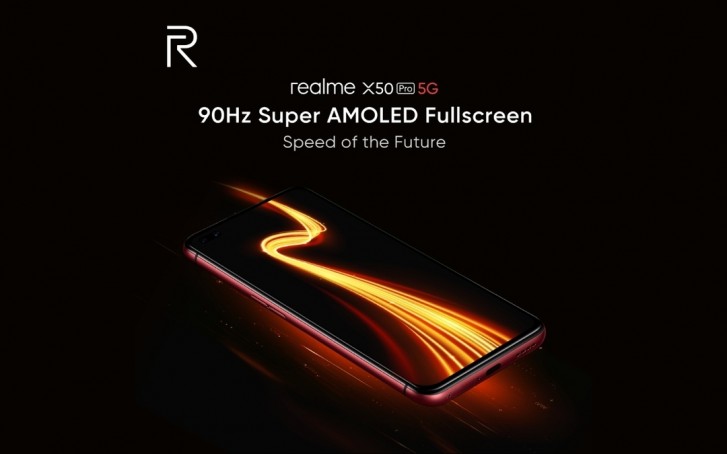 Realme X50 Pro is expected to arrive with Snapdragon 865 and to be the first 5G device of the company that is selling globally. As confirmed earlier today, it will also come with 65W SuperDart Charge.

Expectations are the upcoming smartphone will adopt the footprint of the Realme X50 - dual punch-hole selfie camera on the front, four shooters on the back.

The device with code number RMX2071 already appeared on AnTuTu and reached the impressive score of 574,985 as befits its cutting edge hardware.The phone will also run the newly launched Realme UI.

i have used flagships from samsung for 10 years (mostly from the note series) and even before there was android nor iphones, and the reason i stopped using samsung is primarily because of the yellowish tint that i only noticed when i bought the razer...

find x2 has not been announced yet, so what is your excuse? besides, we do not know as of yet whether it would be indeed QHD 120Hz refresh rate or if it would be like the s20s wherein to achieve 120Hz you have to lower the resolution to FHD. also, it...