When it comes to delivering great value at every level, few can do it better than Realme currently. This extends to flagship killing offers, as well, where the Realme GT line has been gathering a lot of attention lately. Particularly the Realme GT 5G, which offers a Snapdragon 888 chipset and 120Hz Super AMOLED panel on a budget, among other things.

Spicing things up further and in an ultimate quest to bring the utmost choice to the customer, Realme also created the Realme GT Neo. That is what we have at the office today. To be more precise - our review unit is the Realme X7 Max 5G, which is essentially the same device, as it is already being sold in India. For now, the GT Neo is a China-exclusive.

What Realme did is essentially take the Realme GT and swap out the Qualcomm Snapdragon 888 chipset for a MediaTek Dimensity 1200 one. The latter is currently the top dog in the Dimensity lineup and is not a particularly widespread chip. In fact, this is the first time we are seeing the Dimensity 1200.

Beyond this chipset swap, the X7 Max / GT Neo is pretty much identical to the vanilla Realme GT. You get the same 6.43-inch, 120Hz, Super AMOLED display, as well as an identical camera setup, based on a 64MP main came, with an 8MP ultrawide, 2MP macro cam and a 16MP selfie. There are some minor differences, as well, mostly related to the slightly different feature sets of the two chips. 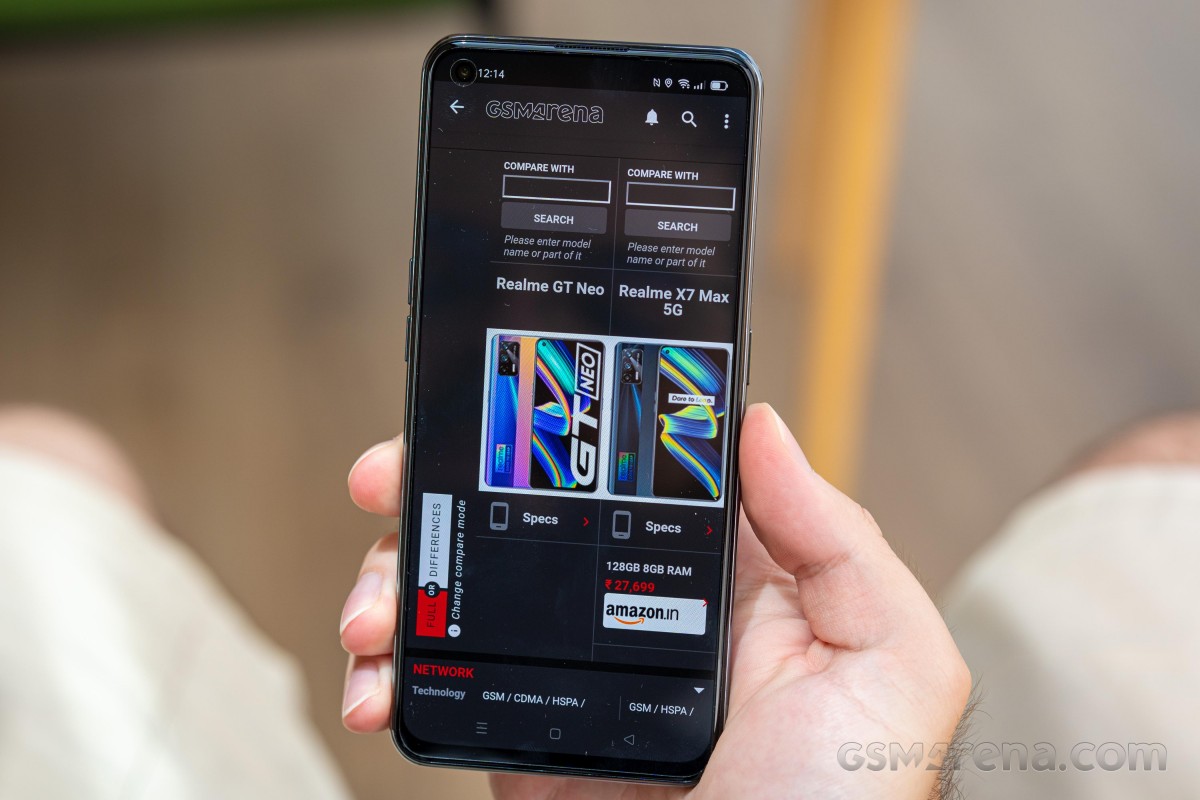 For instance, the Realme X7 Max 5G is capped at 50W of fast charging on its 4,500 mAh battery, instead of the 65W the vanilla Realme GT gets. The Dimensity 1200 is equipped with Bluetooth 5.1, instead of the 5.2 modem on the regular model. Beyond that, however, the Dimensity manages to deliver pretty much every feature, including 5G connectivity and DSP capabilities.

In fact, the adoption of the MediaTek chip could even be behind an odd difference in high refresh rate handling, which we observed on the Realme X7 Max 5G, compared to other recent Realme phones. But, we'll get to that in the performance section of the review, which will likely be the most interesting bit overall, seeing how the Dimensity 1200 is kind of the spotlight of the experience.

Before we move on further with the review, we should point out, once more, that though pretty much all of our findings will apply to the Realme GT Neo, as well, we are basing our review on a Realme X7 Max 5G unit.

Also, looking at the two specs sheets in detail reveals that the X7 Max 5G officially advertises a few extras its Chinese counterpart lacks, or at least does not officially advertise. These include splash resistance, Dragontrail Glass on the front for protection, as well as 2.5W reverse charging support.

Finally, to the best of our knowledge, there is no 6GB RAM version of the Realme X7 Max 5G available, while the Realme GT Neo does offer that in its base tier.

The Realme X7 Max 5G kicks it off with 8GB of RAM and goes up to 12GB. That's what we have in our review unit, alongside 256GB of non-expandable UFS 3.1 storage.

Our Realme X7 Max 5G unit came in a nice, thick two-piece silver box. In terms of accessories, you get a charger and USB Type-A to Type-C cable, as well as a nice clear TPU case. An appreciated addition so you can get up and running straight away. 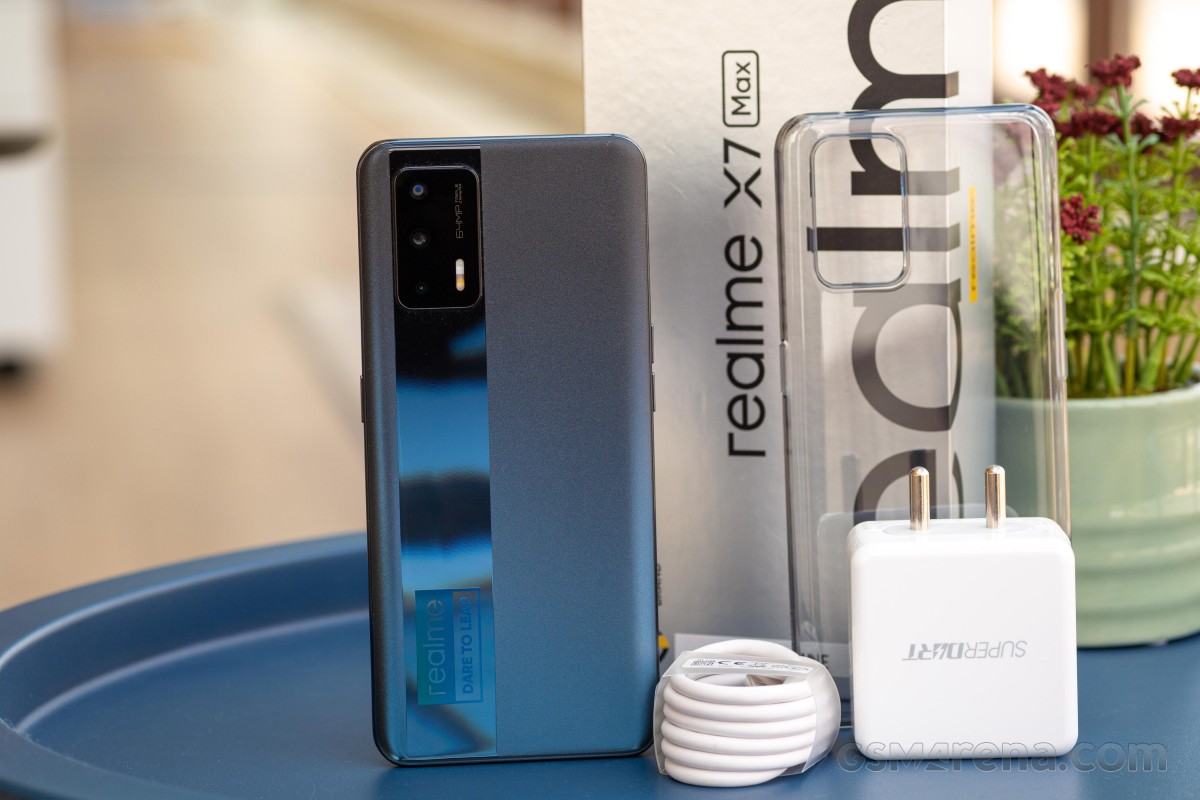 For fast charging, the X7 Max 5G has SuperDart. It maxes out at 50W on the side of the phone. Though, the included charger we got is capable of up to 65W of SuperDart charging. This is done with a 10V@6.5A output. Clearly a non-standard output, which is why you need the supplied USB cable to make it work as it has an extra pin for negotiation. Without the cable or the wall ward, you are limited to 10W charging, which the provided charger does also support with a 5V@2A output.

Using a proprietary cable is far from ideal and we wish Realme switches over to a Type-C to Type-C implementation of their charging, preferably with USB PD support, sooner rather than later.

It is also worth noting that according to some of the official Realme documentation we received, the X7 Max 5G might ship with a 65W SuperDart charger in some places. That is of little actual practical consequence to buyers, though.

still using this phone....and it still great to use all days long....bestest for me...