Just yesterday, Xiaomi's sub-brand, Redmi, teased its upcoming smartphone with 64MP camera boasting superior resolution to anything we've seen on a smartphone so far. Today, another teaser showed up on Weibo revealing an intriguing detail about the camera. 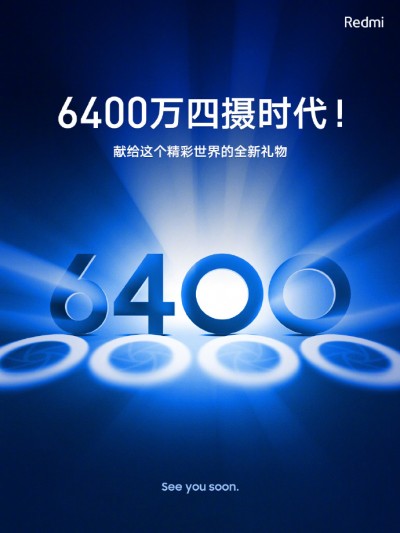 According to the Weibo post, the 64MP sensor will be able to output images with unrivaled resolution and are going to be up to 20MB big. That's a lot of information. The current 48MP sensors can go up to 16MB in our experience so another 4MB increase per image might not sound a lot, but it's a considerable increase in size.

Still, let's not forget that just like the current 48MP Quad-Bayer-like implementations, the 64MP sensor's primary use case won't be capturing 64MP stills. It's intended to produce high-quality 16MP images, so it's all just marketing talks. We are still excited to test out this cutting-edge sensor, though.

Realme takes another jab at Redmi over K20 launch

That's not the point you made...at least not by the words you chose. And still doesn't prove you point. Lacks logic across the board

You didn't read the fist part, i said, GSMArena has most samples, and they usually don't have good picture quality when using the 48MP mode. They always stick in 12MP.

Oh wow! That now described every single camera out there!! Especially considering it's an entirely different sensor not out yet in question!!! Logic at it's best....