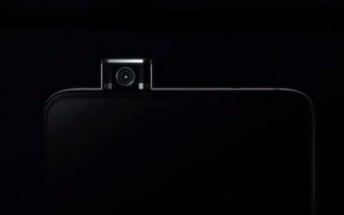 Xiaomi’s Redmi sub-brand is preparing to launch its first two flagships – the Redmi K20 and Redmi K20 Pro. The differences between vanilla and Pro are so far pretty murky. However, one of these devices can be rebranded as the Pocophone F2.

The Redmi K20 Pro has leaked several times with fairly detailed specs. It will feature a 6.39” AMOLED display with an in-display fingerprint reader and Gorilla Glass 6 protection.

The phone will sport a triple camera with a 48MP main, 8MP ultra-wide and 16MP telephoto cameras. In lieu of a notch, there will be a 20MP pop-up selfie camera. Finally, a 4,000mAh battery will enjoy 27W fast charging. 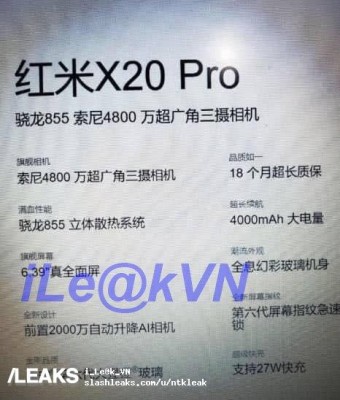 The Pro will be powered by the flagship Snapdragon 855 chipset while non-Pro Redmi K20 may use a Snapdragon 7xx chipset instead (perhaps the 730). It’s not clear which of the two K20 phones will be the new Poco (assuming the rumors are true, of course).

In terms of versions, there should be a choice between 6GB and 8GB of RAM, 64, 128 and 256GB of storage. The selection of color options will include Carbon Fiber Black, Glacier Blue, and Flame Red.

An aside for those wondering what’s the deal with K20/X20. Early on both model names were spotted, it seems like some Photoshop may have been involved. Anyway, it looks like Redmi is going with “K20”. 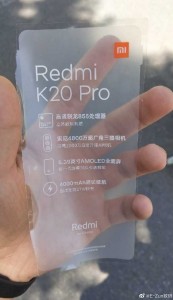 Worthy of F2. Wish though they get rid of noise grain in shots like Huawei did.

Here is my take.. The Snapdragon 855 us for a 5G model, as it us the latest Snapdragon SoC soon after its release, there doesn't seem to be any other reason as the PoCofone already uses Snapdragon 845 I know half answered question