Some phones reinvent what flagships can do, while others try to redefine the rock bottom of the budget segment. The Samsung Galaxy A03s is of the latter kind - it's one of the cheapest phones you can find with Samsung's name on it. It packs enough to make for an intriguing offer, though - a large 6.5" display, a triple camera, and a massive battery with reasonably fast charging.

So, the Samsung Galaxy A03s is our latest dive into the Galaxy series. Usually, the cheaper the Galaxy is, the more versions it has, and the A03s is no different - there is a more powerful Galaxy A03 and an absurdly low-spec A03 Core. Obviously, we have the middle ground here, so let's see what it's made of. 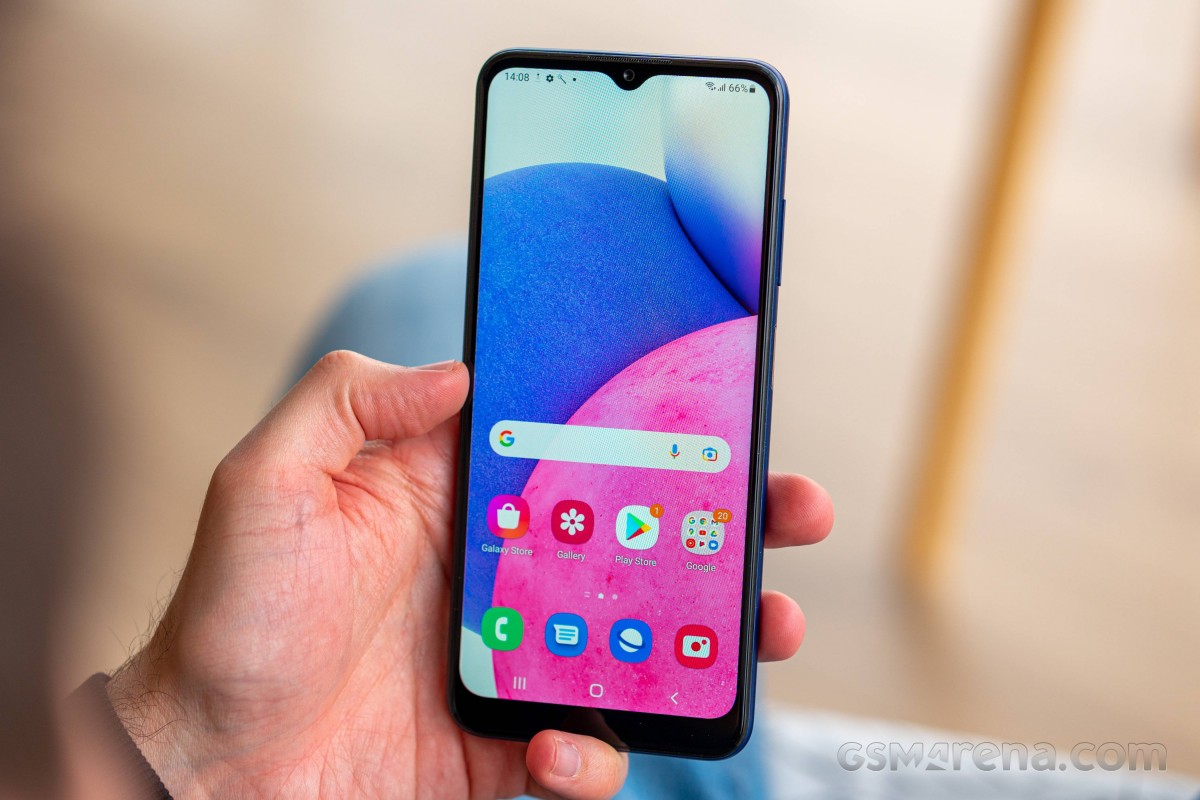 The Galaxy A03s offers a 6.5-inch LCD screen of extended 720p resolution. Within the A03s plastic body are placed an entry-level Helio P35 chipset and a large 5,000mAh battery.

The rear camera setup contains a 13MP primary snapper, a 2MP macro cam, and a 2MP depth sensor. Wide shots, panoramas, portraits, and closeups should do for a versatile enough experience. On the other hand, the selfie shooter is a basic 5MP one.

And that's about it. The phone's versions start with the rather basic 3GB+32GB, but you can go as high as 4GB+64GB. And since the phone isn't that powerful, it boots Android 11 with the lighter OneUI 3.1 Core interface, which has some features stripped out compared to the more expensive Galaxies.

There is no splash protection on the Galaxy A03s, no stereo speakers either. On the other hand, you do get a fingerprint scanner mounted on the side Power key, NFC is available, a 3.5mm jack and a dedicated microSD slot.

Now, it's time to see what awaits inside the Galaxy A03s box.

An entry-level smartphone comes with a budget bundle, and that's hardly surprising. Inside the white paper box, you will find the phone itself, a sluggish 7.8W power adapter and a USB cable. 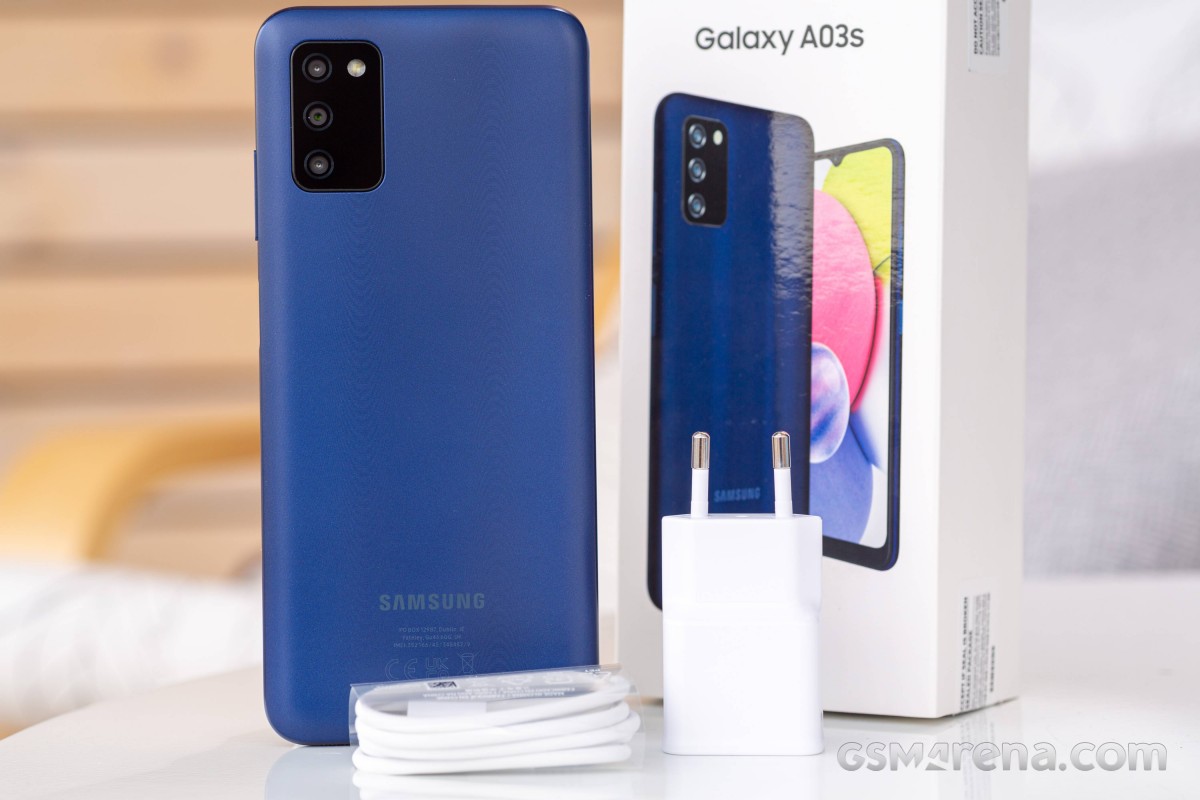 There is no protective case, which is somewhat a bummer - we've grown to expect such a thing from the entry-level phones.

Phone is very laggy with no added apps installed even. Good phone for low use

Why not clear the chemera photo?