We liked the Galaxy A33 5G at the very first moment we got it out of its box. It's one of those clean yet catchy designs that quickly grow on you. That's probably because of the matte rear panel with the smooth camera wrapping, or maybe the peach color and the no-nonsense shape. Or just, well, all of these. One of the most notable improvements since the Galaxy A32 design-wise is the ingress protection. The new Galaxy A33 5G is now IP67-rated for dust and water resistance. This could be the reason behind the retired audio jack, as it is like the Achilles's heel of the waterproofing. The Galaxy A23, for example, has no water protection and gets to keep its audio jack for yet another cycle.

And one thing you cannot see, but you will most certainly hear is the stereo speaker setup - another improvement over the Galaxy A32. 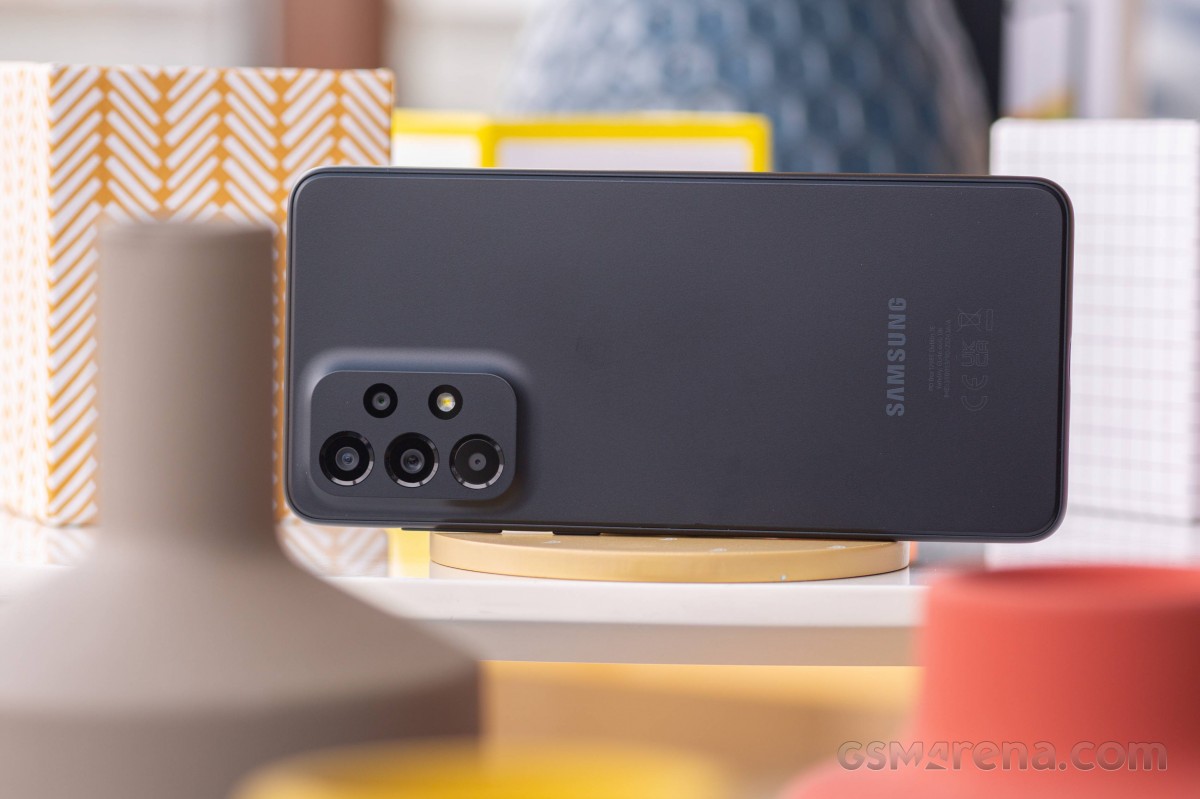 The Galaxy A33 5G is available in Black, White, Blue and Peach. We had the Black and the Peach versions for this review, and while Black is pretty much a standard for smartphones, we loved the Peach, too.

The Galaxy A33 5G has the same build as the previous model - a Gorilla Glass 5 piece at the front, a slightly curved thick plastic frame and a seamless plastic back. Both the frame and the back are with matching matte finish and color. Naturally, most of the front is occupied by the 6.4-inch Super AMOLED of 1080p resolution and 90Hz refresh rate. The glass above that screen is Gorilla 5, just as like on most of the recent Galaxy A models.

The panel has a U-shaped cutout for the 13MP selfie camera, which is now capable of 4K video recording. Above the front camera is one thin and almost unnoticeable outlet for one of the speakers, which also acts as an earpiece. 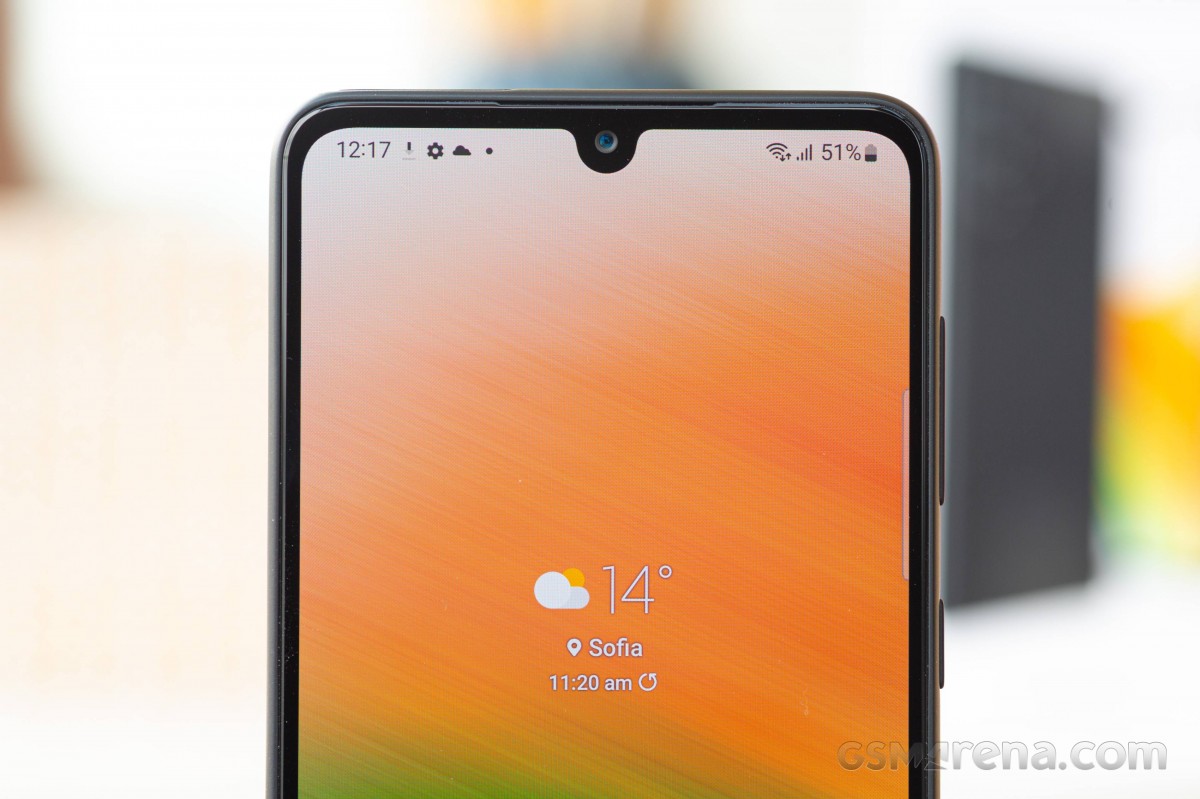 The Galaxy A33 5G has an ambient light sensor, but it has no proximity sensor and instead relies on virtual proximity sensing algorithm. It's not great, there is no denying, but we found the one on A33 to be configured rather well, and it failed us only once while reviewing the phone.

There is an under-display optical fingerprint scanner on the Galaxy A33 5G, and it's up to par. The sensor is large enough, fast and reliable. 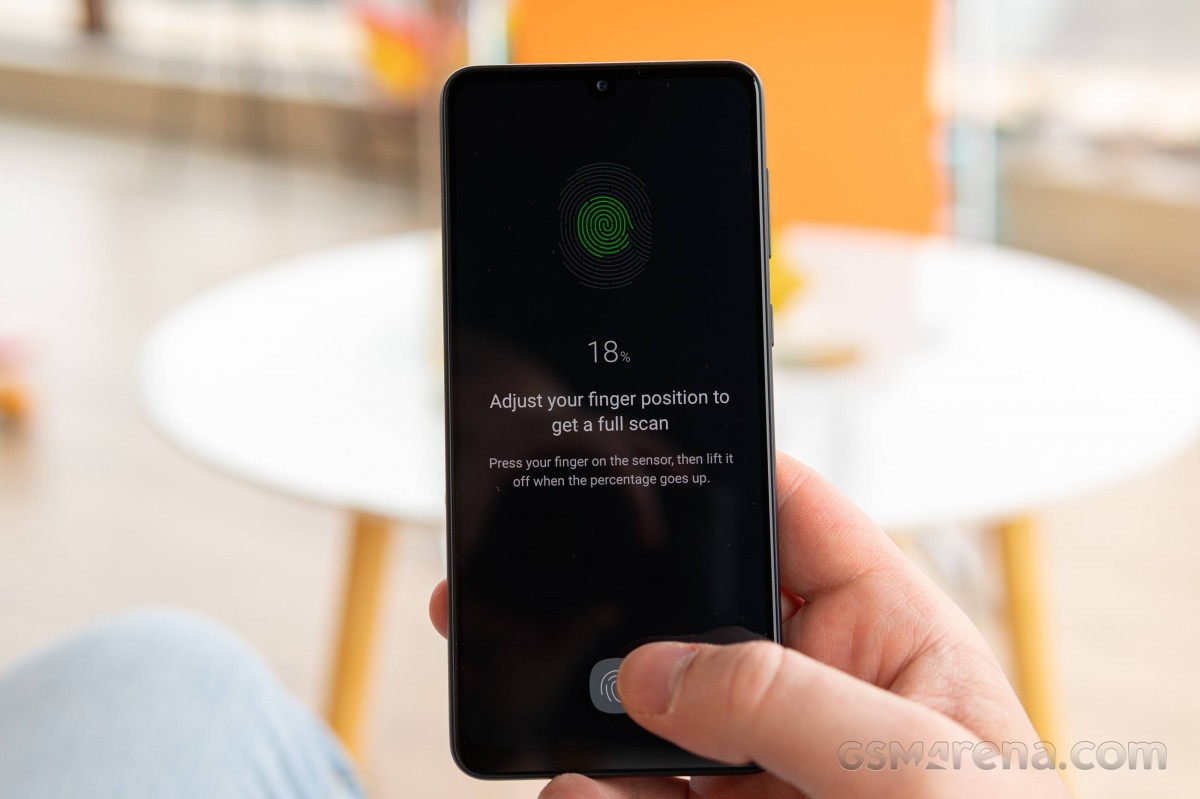 The screen bezels are nothing impressive, but it's a rather budget smartphone, and we can say we are perfectly fine with their thickness.

The back has the 5-hole camera island, which rises slowly above the rest of the rear panel and makes for one seamless shape. The first column contains the 48MP primary, the 8MP ultrawide and the 2MP depth sensor. The 5MP macro camera and the LED flash are to the right. The plastic frame of the Galaxy A33 5G is slightly curved but far from the thinnest we've handled. And that's good as it provides more grip than the average from frames these days.

There is nothing on the left side of the Galaxy A33. The volume and power/lock keys are on the right. The top of the Galaxy A33 houses the hybrid SIM tray and one of the microphones. 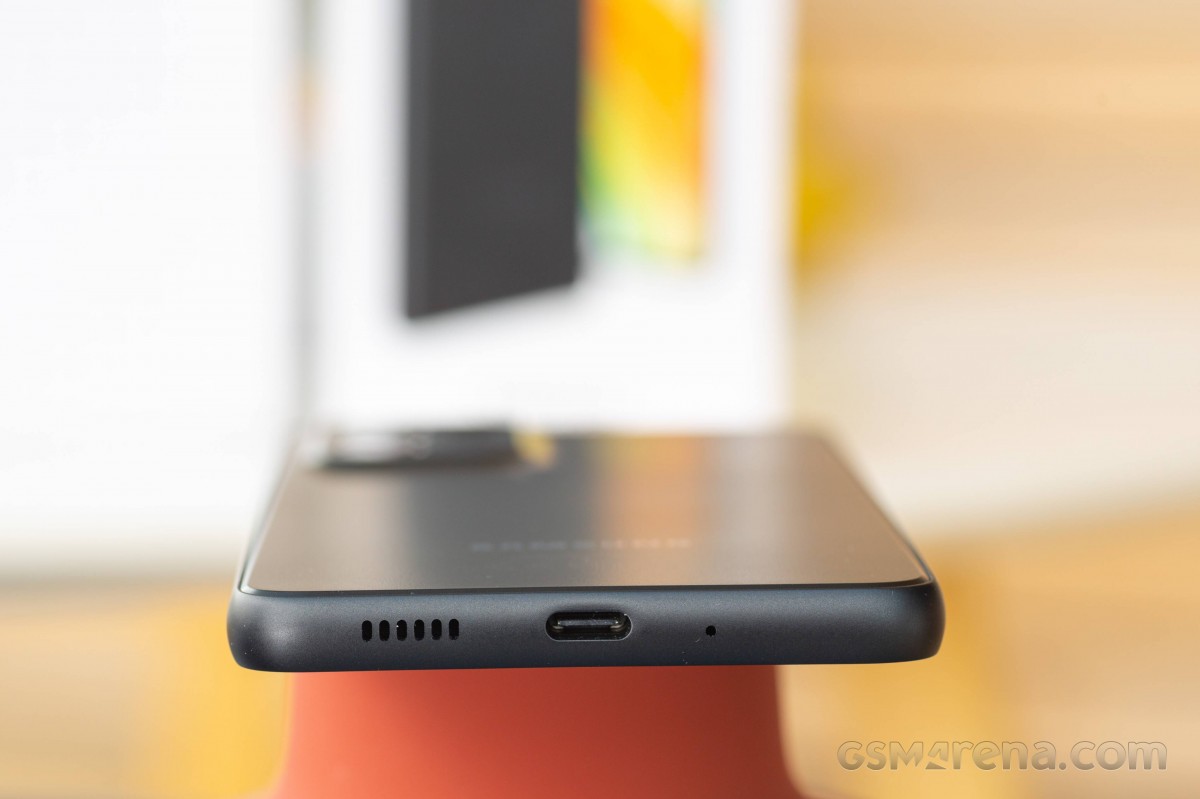 The primary microphone/mouthpiece is at the bottom, together with the USB-C port and the second speaker.

The Galaxy A33 5G measures 159.7 x 74 x 8.1 mm and weighs 186 grams - that's on par with the Galaxy A32. It is quite reasonably sized and pocket-friendly, and we found it comfortable for both day-to-day operations and extensive photo shooting. 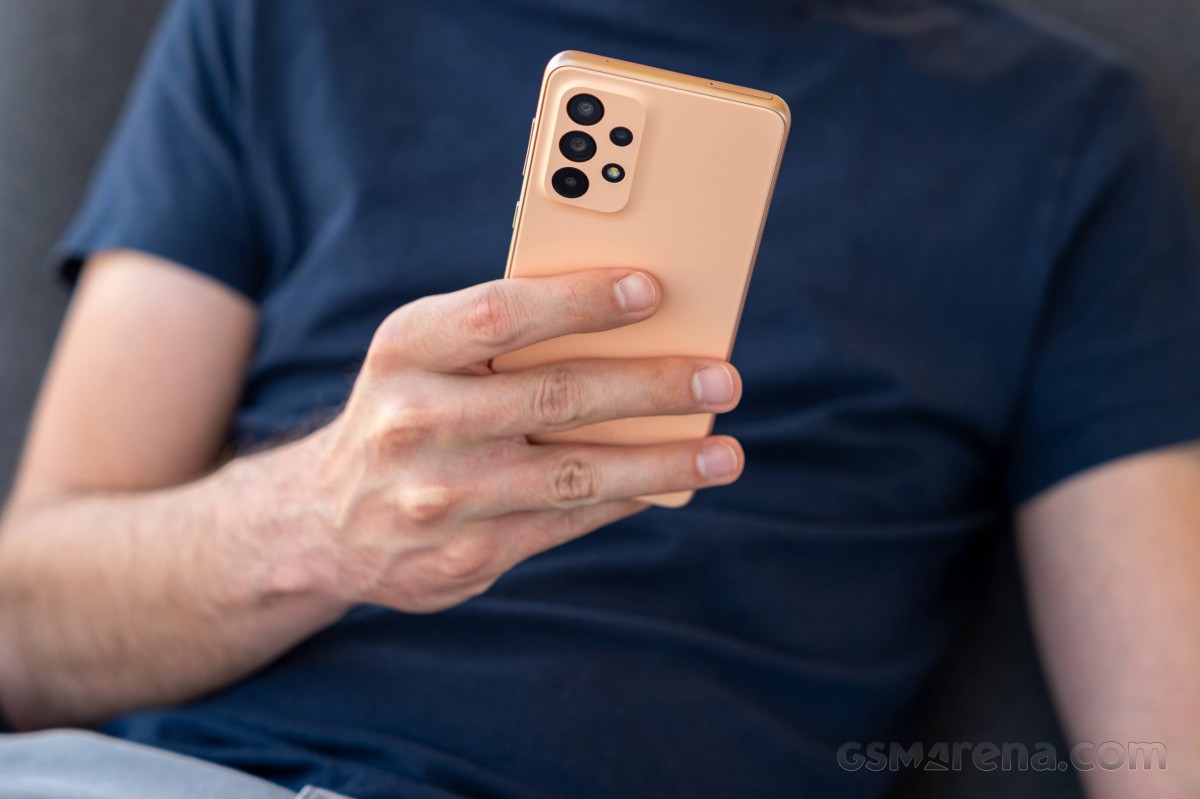 The A33 has a solid waterproofed build, and it provides a particularly good grip experience. Overall, we'd give it an Excellent mark for design and build as we don't have a single complaint, on the contrary, only positive experience across the board.

Can you guys please tell me your experience about A33? I hope to buy new samsung phone on this month. But I'm worrying about samsung green line/display issue. Did anyone has experienced it on A33?

It differs by region, to some the NFC is not available

It is available, check in on setting menu. I even use it to topup to my e wallet