The Samsung Galaxy A40 is the most compact one in Samsung's A-series lineup while still embodying everything great about these midrange phones. It's supposed to be a compact, well-balanced mid-ranger with a Super AMOLED screen serving as a key selling point and main advantage over its direct rivals. It also offers an ultra wide-angle camera as a bonus, which is a rare find in the segment.

In addition to the ultra wide-angle lens and the Super AMOLED panel, the Galaxy A40 packs an in-house Exynos 7885 chipset that can go head-to-head with the competition's Qualcomm offerings and a generous 3,100mAh battery considering the small dimensions of the phone. 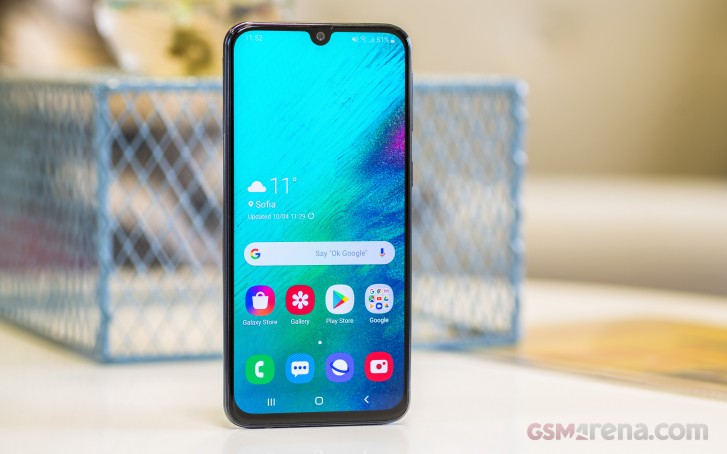 Quite frankly, nothing about this phone makes us excited, per se, but it could potentially be one of the most balanced midrangers that should make it into one's shopping list. Well, that's still pending a deeper examination, and this is where this review steps in.

Unfortunately, our review unit didn't come in its original packaging so we can't be sure what Samsung will include in the retail box. The phone supports 15W quick charging, which is as high the Galaxy S10 series but we're not sure whether a compatible charger will be supplied with the Galaxy A40 given its market positioning.

Just giving my experience with this phone the last 2.5 years. I will be replacing it soon. Good small, cheap phone. AMOLED is the real star. The screen is on par with high end phones sans high refresh rate. You shouldn't underestimate how m...

Boy you just learn how to mount your Sim card properly. A40 is just fine device for social media, web browsing, messaging and listening to music. Mine is 2 years old and I can't find such a compact working horse . And the audii quality is excell...