The Galaxy A lineup has enjoyed a warm reception over the past two years. Samsung managed to put the series back on track to success with a swift switch from premium mid-rangers towards cheaper AMOLED-driven smartphones. And the cheaper A-series phones like Galaxy A41 are gathering the most attention. This particular model is among the most compact handsets you can buy today.

There is a lot to like about the new Galaxy A41. It is built around a nearly bezel-less 6.1" Super AMOLED screen, but believe it or not - it is one of the smallest and lightweight smartphones in 2020. With a height of 150mm and weight of 150 grams, the A41 is going to fit easily in every pocket.

The Galaxy A41 has a trio of snappers on the back and a snappy enough hardware to take on most of the tasks. The One UI gets better and cleaner with each iteration and the A41 has the latest version 2.1 on top of Android 10. 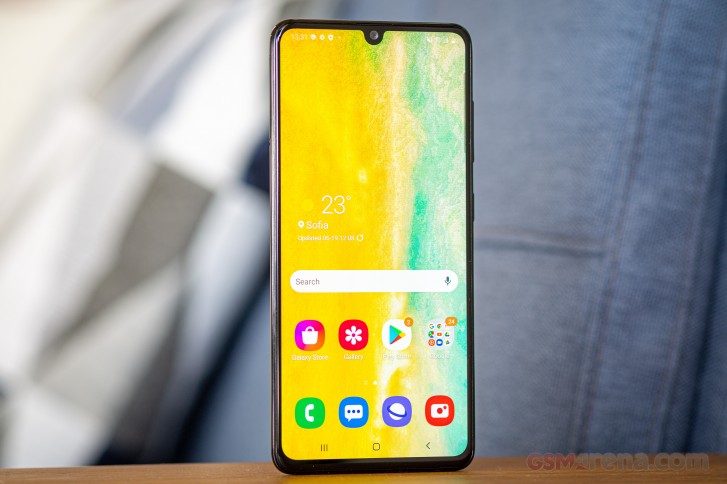 Finally, the Galaxy A41 is priced very attractively around the €250 mark, making it not only one of the smallest, but one of the cheapest phones with a Super AMOLED screen, very sharp at that.

There is one glaring omission that many of the Chinese competitors offer - a water-repellent coating on the internals. It sure isn't a deal-breaking feature, but it may give you some extra peace of mind and we would appreciate for Samsung to eventually hop on this train, too.

Unboxing the Samsung Galaxy A41

The Galaxy A41 is packed with a rather cheap-looking cardboard box. It comes with a 15W charger and a black USB-C cable. 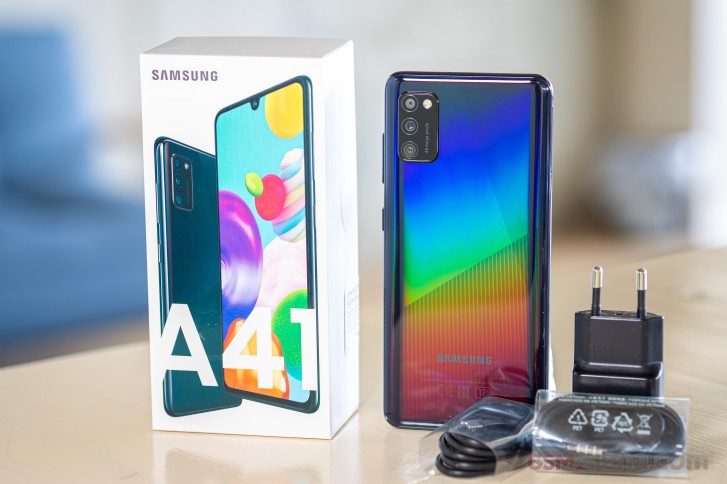 The bundle also includes a pair of cheap-looking pair of headphones with a mic.

i have this phone and after every update the camera quality and phone speed gets worse. i can't take good photos of my homework for school. i have had it for almost 10 months now and i think its slowly dying. microphone in calls sounds quite wei...

I got samsung A41, for games its perfect. PUBG runing on 45 fps Brawl Stars 60 fps and more stuffs. Camera is good but sometimes its shit idk why. I recommend u to buy it.

I actually like this phone. Its small and compact, great super amoled screen, the chipset is ok, camera is good, and the macro photos are also good. Not everyone can afford a premium flagship Phone all the time.