The Samsung Galaxy A72 we've been hearing about since last year will have 4G and 5G variants. We already know what the latter will look like, thanks to the renders that leaked last December. Now we are looking at the Galaxy A72 4G that has appeared in official renders with full specs leaked by German blog WinFuture.

The Galaxy A72 4G looks similar to its 5G counterpart. It has a 6.7" FullHD+ 90Hz Super AMOLED display on the front, with the rear panel home to a quad camera setup, aligned in the upper-left corner.

The camera system was previously rumored to comprise a 64MP primary, 12MP ultrawide, 5MP depth, and 5MP macro units, but the new leak contradicts that report as it claims the smartphone will feature an 8MP telephoto (2x zoom) and 2MP macro cameras while retaining the 64MP main and 12MP ultrawide cameras. 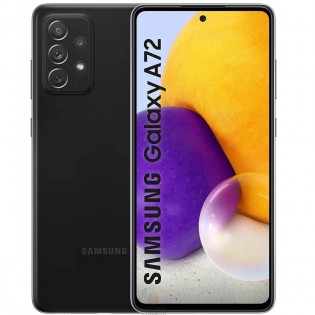 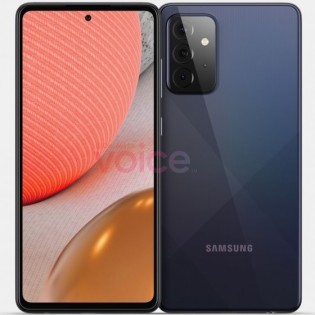 The Galaxy A72 4G will come with a 32MP selfie shooter and feature an in-display fingerprint reader for biometric authentication. Under the hood, it will have a Snapdragon 720G SoC, which Geekbench revealed will be paired with 8GB of RAM. But the source says there will be a 6GB RAM model as well.

The smartphone will boot Android 11 and have two storage options - 128GB and 256GB. But it will also have a microSD card slot for storage expansion.

The leaked renders confirm that the Galaxy A72 4G will come in at least four colors, and the publication says its price will start at €449 in Europe. This bit is in line with German portal Idealo's listing, which had the 128GB model at €449 and 256GB variant at €509. 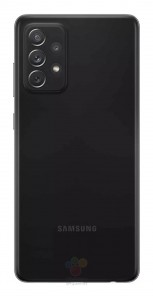 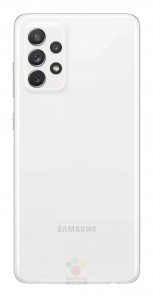 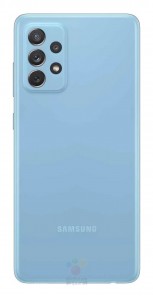 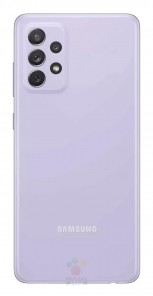 Whether or not this information is correct is something we'll find out soon, seeing how Galaxy A72 4G official images have already surfaced.

IP67 or 68 rating has only been to the Flagship, not to any Midrange Samsung galaxy phone in history. So, it's impressively commendable now a days.