Samsung has started pushing out a new update to its Galaxy A7 (2017) smartphone. Weighing in at 1394.40MB and arriving as version A720FXXU2BQGB, the update bumps the Android version to 7.0 Nougat. Currently units in Thailand are getting the update. 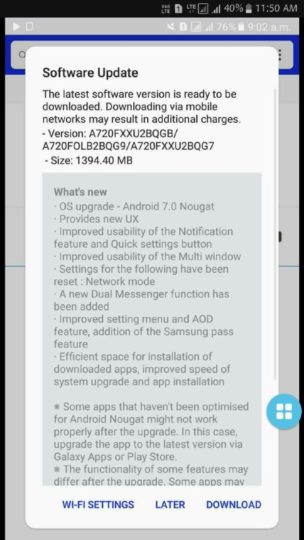