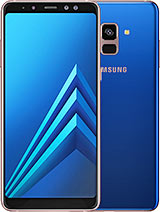 Samsung,please add a color LED message diode.
in the 2017 series There is not ,much I miss

In comparison with the S8: (presuming that the leaked geekbench score is right)

Of course, a phone is not just about benchmark speeds, but it still will come out with only a FHD+ panel, nougat and surely with a weaker camera than the current flagships. On the other hand, the rather big battery and the new chipset might be a good combination to have a good battery life.
It'll have a bezelless design and a 6 inch screen. But this is already a common thing nowadays.

Thus, with all bells and whistles this phone would be reasonably priced at about 420-440 pounds. However, I do not think that will happen; Samsung is used to pushing the prices up in each year.

this is my first time of posting on gsmarena on a phone that am really waiting for it's launch. please Samsung I would like this phone to have 4000mah battery capacity and launch this phone at least before December ending

I bet E7885 with the smaller chip (10nm vs 14nm E7880)
will have 10%-15% better battery life
And 10%-15% better performance
(Most brands always do this with new SoC, smaller yet improved performance and power efficiency)

also dont forget that A5/A7 2017 comes with IP68 water/dust resistance and i predict the 2018 version will have them too. (Too good of a feature to get rid of)

They moved the fingerprint scanner to the back of the phone, under the camera.

Bonji, 27 Sep 2017If No OIS this phone will make you irritated after about 1y... moreyou have about as much knowledge as a fly.

Bonji, 27 Sep 2017If No OIS this phone will make you irritated after about 1y... moreif your android is run like shit dont think others android will like that
my android device run perfectly for almost 2 years
and now samsung have upgraded theirs UI for smoother experience

If No OIS this phone will make you irritated after about 1yr of usage. All androids will have a lag after 1yr and camera without OIS means most photos will be blurry. Samsung just plays the megapixel game we are not robots to keep ourselves to steady to get non blurry images. Another miss in samsung phones are lack of aurofocus for selfie cameras. The user interface has issues and that has been notified multiple times and samsung dont care. Please dont look @ megapixel and buy this phone. Even dont believe those who say about in 1st year with that look @ those samsung phones like s6 7 8 etc those have ois etc and we use these cheaper phones freshly we feel that we get the same performance but as a user once i will tell that it will degrade very soon blurry images and little lag. Samsung Makes excellent Flag Ships but they dont care about the lower models.

the pic given above is just as formality for gsmarena the actual pic will be available when the release date shows up.

I wont buy this. I know im due for an upgrade in 2018. I preffer to buy something with android oreo

Will not be affordable i believe it is.