Last we heard anything about it, the Samsung Galaxy C7 Pro was reportedly delayed until January alongside the Galaxy C5 Pro. The duo was initially said to get a December release, but apparently that's not happening anymore. The C9 Pro was unveiled back in October, so it's high time for Samsung to give it some more Pro-branded siblings in the C series.

The C7 Pro has been spotted at TENAA, the Chinese regulatory authority, with the model number SM-C7010. The pictures you can see below have been snapped during the certification process. 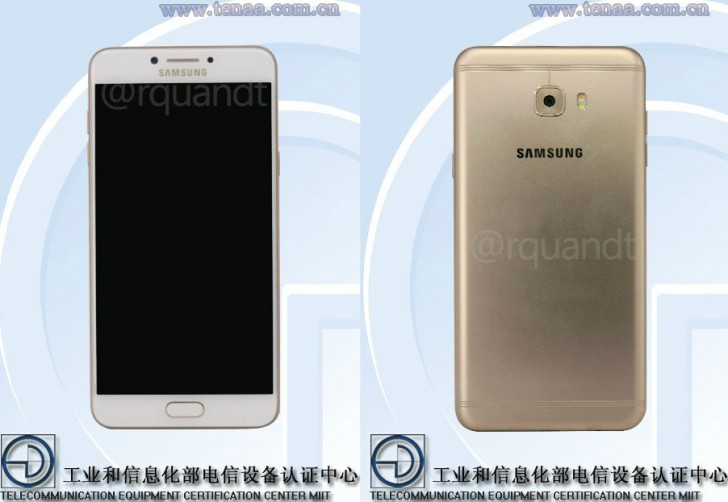 The Galaxy C7 Pro comes with the new, thin, redesigned antenna lines introduced in Samsung's portfolio by the C9 Pro. It's also got an all-metal construction, the trademark Samsung physical Home button on the front (with an integrated fingerprint sensor), and this particular model boasts 64GB of built-in storage.

According to past benchmark leaks, the C7 Pro will arrive with a 5.7-inch 1080p touchscreen, a pair of 16 MP cameras (one on the back, one on the front), the Snapdragon 626 chipset at the helm, and 4GB of RAM, with the preinstalled Android version being 6.0.1 Marshmallow. It's expected to launch on the Chinese market first.

I'm loving the design language of the new C series, so sleek and clean looking.

It Look Perfecr. But I hate front color is White while back is Gold. I decide to Change my Huawei Mate 8 to C7. But the color Promblem now