The Samsung Galaxy Fold unveiled last year is rumored to get a successor on August 5, dubbed Galaxy Fold 2. The Fold 2 was rumored to gain S Pen support, but a new report coming out of South Korea claims technical limitations prevented that from happening. 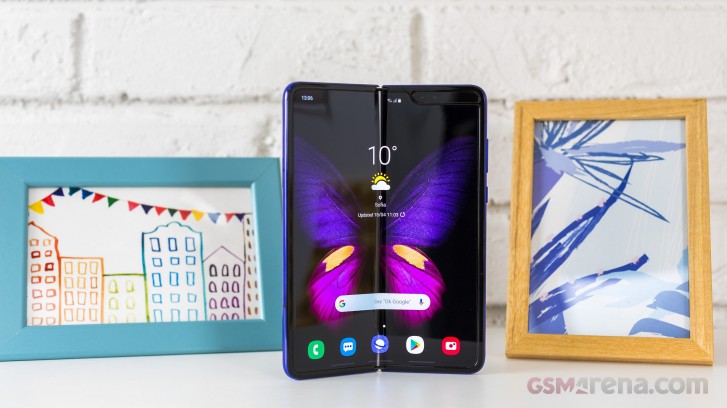 The Korean maker has decided to omit the S-Pen support on the Galaxy Fold 2 due to durability issues of the folding screen. The thickness of the Galaxy Note10's screen which supports S-Pen is 0.4mm, but the Ultra Thin Glass (UTG) used on the Galaxy Z Flip and likely to be used on the Fold 2 is 0.03mm thin, which is not durable enough to support the S-Pen.

On the upside, the Fold 2 is said to pack a 120Hz display which is a huge upgrade over the 60Hz screen of the Galaxy Fold. It will also be larger than the Fold's screen and have a higher resolution. This information doesn't come directly from Samsung, though, so don't consider it certain just yet.

Additionally, Samsung is rumored to launch a 256GB variant of the Fold 2 alongside the 512GB model to bring down the starting price of the foldable smartphone. We'll hear more about the Galaxy Fold 2 as we inch closer to the rumored August 5 unveiling.

That is too bad, a Fold without an S-Pen is not really high-end. But there is always the Fold 1 which is spectacular. And it will be cheaper until it sells out completely. And Samsung will not manufacture it anymore because it spends a lot on repairs...

Even considering the plastic screen protector which is applied on the supposed " UTG " -this still does not change the fact that glass is not freely bendable as they claim it is because if you bend glass it's going to shatter or crack in half and th...

No they actually used it in the Z flip, it's just covered with a plastic screen protector, the problem is that if you try to pull it off, the screen is damaged, so it's not usable without that screen protector, which in a way makes what you said abou...