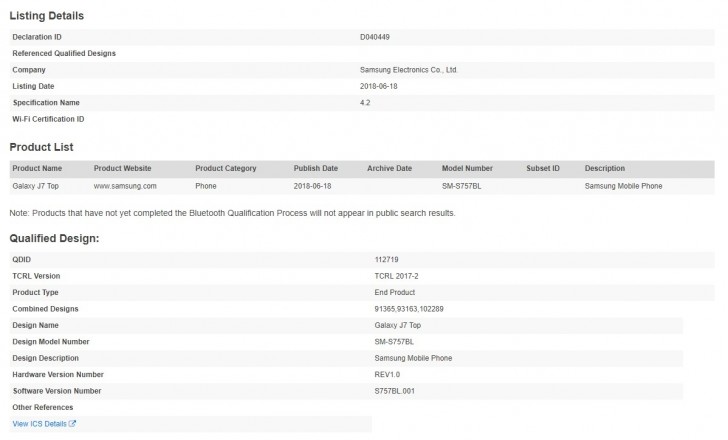 The phone, listed with a model number SM-S757BL, will have Bluetooth 4.2, meaning no high-end chipset that supports BT 5.0. This is far from surprising, knowing that Samsung positions its Galaxy J devices at the affordable end of the price spectrum.

A Korean version of the phone on Geekbench suggested earlier an Exynos 7870 chipset and 2 GB RAM. Now, with the Bluetooth Bluetooth certification, the Galaxy J7 Top is a step closer to an official launch, where we'll see if it will arrive with the same specs.

im from eraly 2019 and and using samsung galaxy j7 mega

Getting sick of this poorly made overpriced budget phone from Samsung too. I feel like their popularity is slowly going down. Obvious evidence can be seen in top 10 phone of the week. Their devices are too boring and low performance for its price. Co...

end of the j7 top