The Galaxy M21 is a fairly standard looking mid-range offering from the South Korean brand. The design is pretty simple and avoids some of the visual flairs that rival brands have going on these days in this segment. 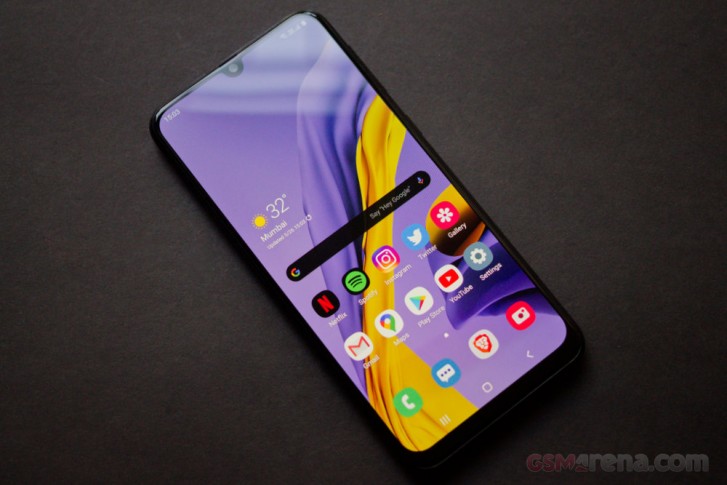 The glass front hides a sizable chin at the bottom and a teardrop notch at the top. This isn't one of Samsung's more premium designs with super-thin bezels but for the price, the design is adequately modern.

The sides and the back are all molded out of one piece of plastic. The sides have a two-tone appearance, with a lighter shade at the top and bottom and a darkened, nearly black appearance on the sides. The right edge has the power and volume buttons while the bottom has a headphone jack, USB-C port, and single loudspeaker.

The sides flow into the back, which has a glossy appearance. Like the M31 and M30s, the back of the M21 is a giant smudge magnet and difficult to keep clean. It also gets scuffed pretty easily and within a couple of days of use, we saw scuff marks on the back of the phone, even after minimal use. There's no case in the box so you'll have to get your own. 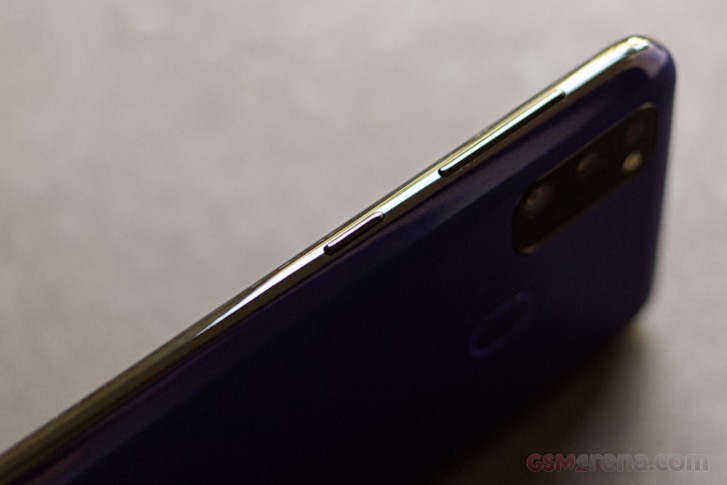 The back also has the fingerprint sensor, which is similar to the one from the M30s and not the newer ones from the M31. This sensor requires you to swipe your finger when enrolling your prints, which speeds up the enrolling process considerably.

However, the fingerprint sensor performance isn't as good as the one on the M31 and often takes a while to turn the screen on even when your finger is sitting on the sensor. The sensor itself isn't slow, as when the screen is already on the phone unlocks instantly but for some reason, the delay is much longer if the screen is off. The sensor is also flush with the back of the phone, which makes it difficult to zone into its position without looking at it.

All in all, we are not big fans of this fingerprint sensor and wish Samsung had used the one from the M31. 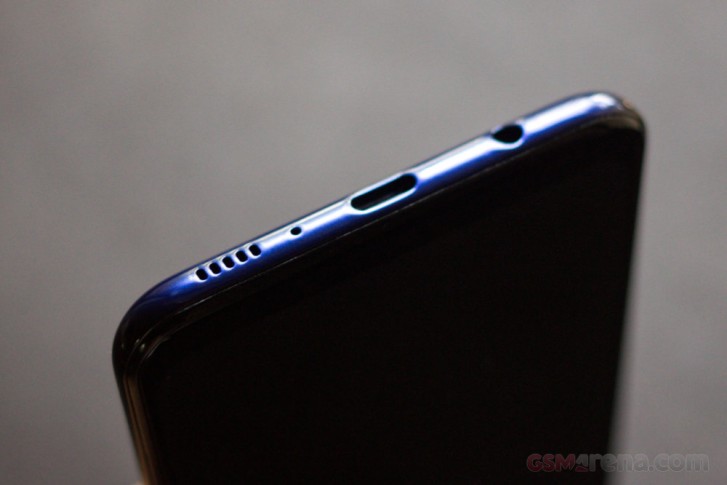 On the top-left corner of the back is the camera module with the triple camera system and the LED flash. All three cameras here are identical to those on the M30s.

The overall build quality of the phone is okay. The phone feels reasonably sturdy but the feel of the glossy, smudged plastic back is unpleasant in hand. We wish Samsung had gone for a matte or textured finish for the back rather than trying to make it seem like glass. The phone is also slightly on the thicker and heavier side, which some might not like.

The Galaxy M21 has a 6.4-inch, 2340x1080 resolution, Super AMOLED display. The display is identical to that on the M31, M30s, and a whole bunch of other mid-range Samsung phones. It's probably the most popular panel in Samsung's lineup. 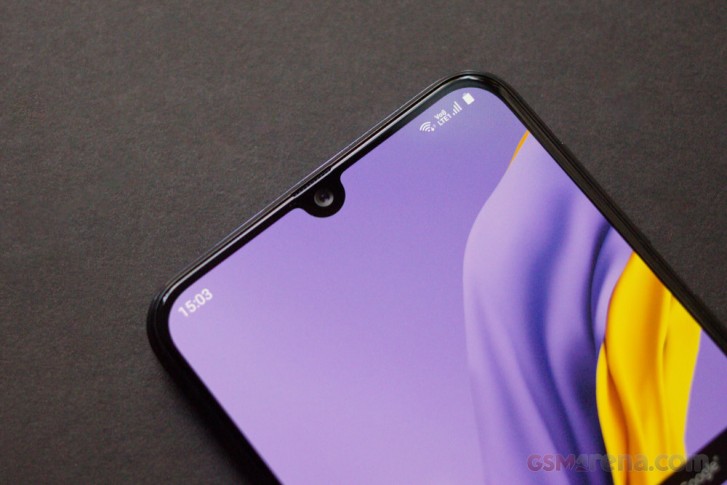 As you'd expect from a Samsung panel, the quality is very good. The display ships with the shop mode or "Vivid" preset out of the box, which is exactly what it sounds like but you can easily switch over to the more accurate "Natural" mode from the display settings.

Even in the Natural mode, the display exhibits excellent color saturation and accurate skin tones, along with good brightness, wide viewing angles, and no color uniformity issues or dirty screen effect. This may not be Samsung's most premium OLED panel but it is still very good and it's easy to see why Samsung has used it in so many of its phones. The only downside we can think of is the 60Hz refresh rate but that's acceptable on a budget phone.

Dose it has wifi calling facility?

This phone has a motherboard issue. Just avoid it. After 2years of use and an update to android 12, I havent been able to use it any more. Auto restarts like 10times a day. Hangs on logo at times

I have been using the M21 for over 2 years now. (Touch wood) It as given me consistent performance through out. Never have I found it overwhelmed to execute a task in terms of speed etc. Connectivity etc. Has been flawless. Rare heating issues that t...