Samsung Galaxy M30 in for review

At first glance you may think that the M-phones are just Samsung’s entry-level series, but then you risk overlooking the Samsung Galaxy M30, which has all the makings of a sleeper hit. Really, the name is quite misleading – this phone is more capable than the Galaxy A30, even though the A-series is supposed to sit higher than the M-series and be second only to the Galaxy S/Note flagships. 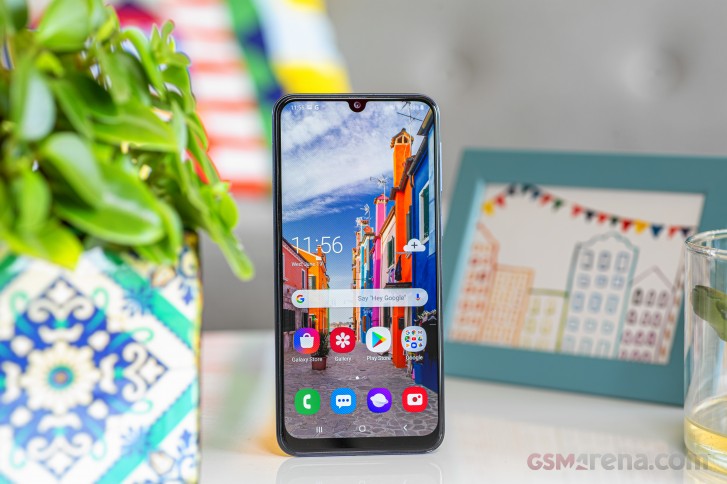 Name aside, the M30 is the only one of its siblings to feature a Super AMOLED display. It has 1080p+ resolution and a small waterdrop notch for the 16MP camera. It does face unlock or you can use the fingerprint reader on the back.

The triple camera on the back of the Galaxy M30 also makes it stand out. The 13MP main camera is joined by a 5MP ultra-wide shooter and a depth sensor. The latter enables Live Focus and bokeh for portrait shots. 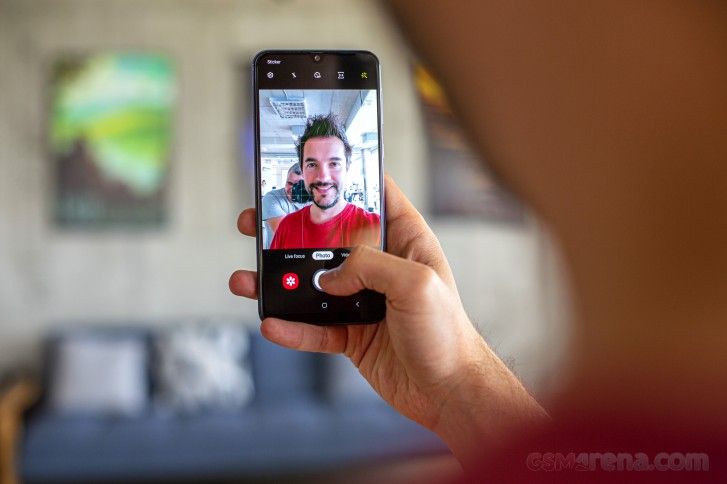 To put things in perspective, the MSRP of the Galaxy A30 is slightly higher (for the same RAM and storage) and while it has the same screen and chipset, it lacks the depth sensor and has a smaller battery.

Speaking of, the battery may be our favorite feature of the M30 – it has 5,000mAh capacity, making it one of the biggest around. Plus, you get a fast 15W charger in the box. That’s the same charger that Galaxy S10 phones get! 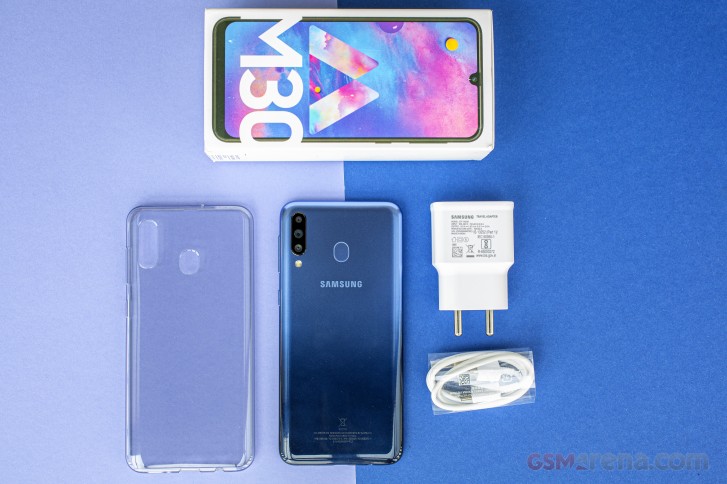 The “M30” name is misleading for sure, but it has its upsides – the phone avoids the trappings of premium devices. That means you can plug in your wired headphones in the 3.5mm jack and expand the storage on the cheap with a microSD card.

That still leaves room for two nanoSIMs on the card tray, both of which can connect to 4G and VoLTE. 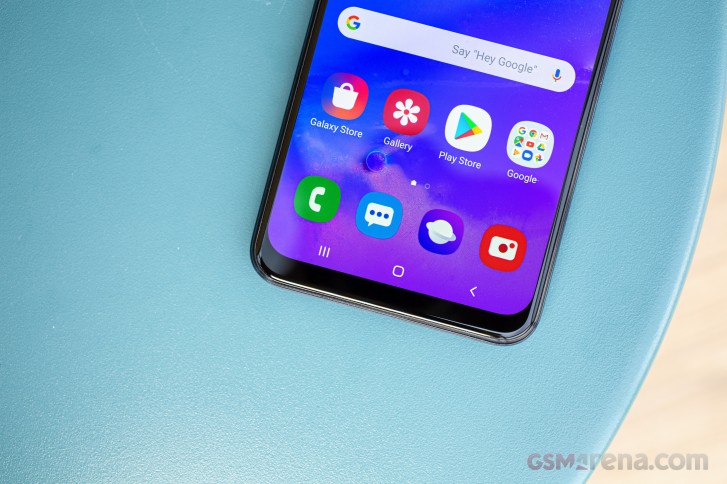 The Exynos 7904 chipset is built on a relatively old process – 14nm – which keeps the clock speeds low, but given the price range it’s a great value for money pick. Plus, we think the more important question is how long it can last on the 5,000mAh battery

The Samsung Galaxy M30 feels out of place. It’s too good to be the third M-series phone from the bottom. And among its siblings, this may be the one pushing back the hardest against the Redmis, Honors and Realmes that have been eating into Samsung’s market share. The rebranding of the J-series and a strong contender like the M30 may be just what Samsung needed to turn back the tide.

It's more of a quality control issue then anything else. Oled panels produced by LG/BOE have had numerous problems in the past (lg v30, mate 30 Pro, pixel 2xl to name a few). At least if I purchase a phone with a Samsung oled panel, there are ...