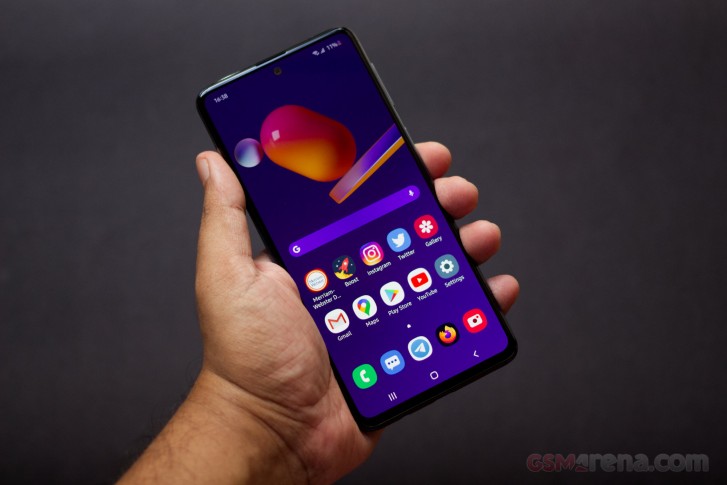 So what's the situation with the Galaxy M31s? Well, it seems despite the overwhelming similarity on paper, the Galaxy M31s seems to have a different body this time around, even though it oddly doesn't look all that different at first glance. Yet, there are enough changes here that need to go through a fine-toothed comb. These changes do subtly change the way you use the phone, so they aren't insignificant.

But as mentioned before, the Galaxy M31s is very similar to the other two phones, especially the M30s, in terms of hardware specifications. The display, the chipset, the memory and storage configuration, most of the cameras, and the battery are all identical across these models. This means if you already own a Galaxy M30s, then you really aren't missing out on much with the Galaxy M31s.

But for those who don't own any of these phones, the Galaxy M31s could be an attractive proposition. We have a large, relatively high-resolution AMOLED panel, lots of cameras of varying focal lengths, and an absolute behemoth of a battery. Sure, it lacks some of the niceties such as a higher resolution display or a more modern Snapdragon chipset, but the Galaxy M31s is cheaper than phones like the OnePlus Nord and the Google Pixel 4a.

So with all that in mind, should you be spending your hard-earned cash on the Samsung Galaxy M31s? Let's find out.

1. Keeps restarting frequently. 2. When using Google Maps at times when I stop in traffic, the map spins around, confusing the user. 3. Ratio of height to width it too high (too tall, not wide enough)

This phone is not worth the money and not a product that one can expect from Samsung. Samsung being one of the leading company and still can't give product worth money makes it so disturbing. M31s restarts itself if we turn on location in any ap...

Mother board problem is Lots to see... Prize is above 8,000. Don't buy this Samsung 31s ddvice