7Ah. That's the battery capacity of the Samsung Galaxy M51 we have for you today. Sure, you can call that 7,000mAh (thanks, SI), but at such large and nicely round capacities, we might as well go for the fewer symbols and extra shock value.

There's not much else overly exciting in this Galaxy's specsheet, but there's not a whole lot missing either. A Snapdragon 730G chipset should bring decent performance without putting much strain on the battery, the 6.7-inch SuperAMOLED display is big and inky, and the 64MP camera is a notch above the mainstream 48MP units.

What is missing is a high refresh rate on that display, and 90Hz panels are now very common in the M51's price range, with the odd 120Hz panel showing up too. A telephoto camera would have been nice too, though teles aren't exactly mainstream in this segment. Nowhere to be found on the M51 is 5G support either. In fact, going over the above list, you may notice that the Galaxy M51 is not unlike the A71 as far as the numbers go - except, of course, the 7Ah number (the A71's battery stands at 4.5Ah). Another change is the relocation of the fingerprint sensor - the A71 has it underneath the display, the M51 gets a side-mounted solution.

The specs tell only half the story, though, and we'll be sure to see how they translate into real-world performance. But first, a look at the retail bundle.

The Galaxy M51 arrives in a simple white cardboard box, but there is a glossy color print of the phone on top for a bit of extra pop. 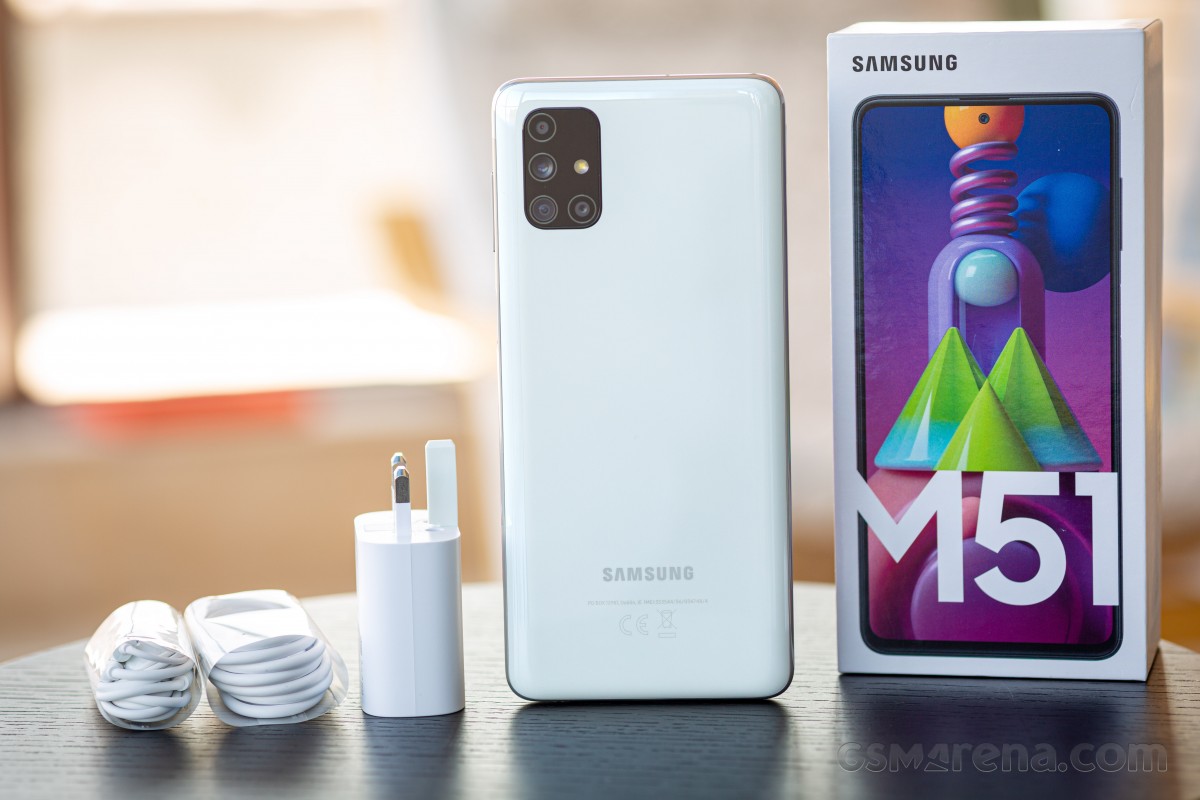 Inside, Samsung's put in all of the important stuff - you get a charger, a USB-C cable, and a set of earbuds. The charger is the best they have right now, too - the 25W one that supports USB Power Delivery with PPS. What didn't make it in the box is some sort of protective case - we're more or less used to finding a basic transparent silicone one with phones in this segment.

Who buys a smartphone from Amazon????😑😑😑