Step by step and year by year, we're now at 10 - the Samsung Galaxy S-series have matured over the past decade with big and incremental upgrades alike bringing us closer to that elusive 'perfect smartphone'. The Galaxy S10 is by definition the best one ever, so let's see just how good the best is. 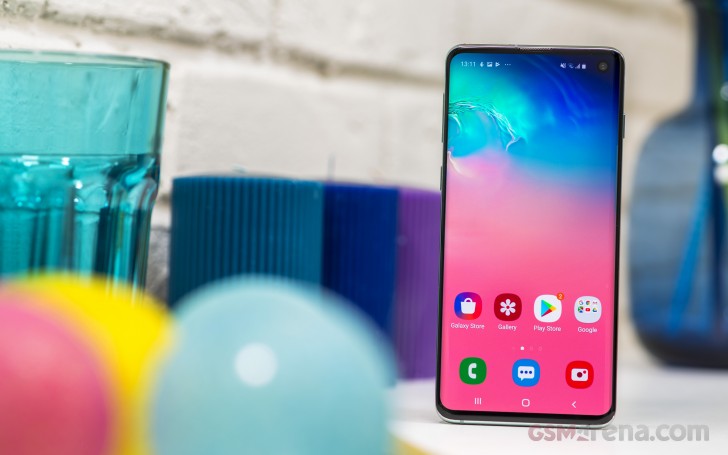 There's little to separate the S10 from the S10+ we had a closer look at last week, and most of it is a matter of scale. The S10's got a smaller display than the Plus at 6.1 inches - the 0.3-inch spacing Samsung instituted between the four S10s. And then with a smaller display a smaller battery is in order, the 3,400mAh capacity a slightly bigger downgrade than the diagonal. And that's about it - unless you absolutely insist on 12GB of RAM and 1TB of storage, an option only available in Plus size.

Then comes the sole difference that isn't merely quantitative - the S10 only has a single selfie cam, where the S10+ has a depth sensor to assist with portraits. But generations of Galaxies before this one only had one front facing cam and somehow we made it to here.

Other than that, the Galaxy S10 comes with the usual annual chipset update and it's top quality silicon whether it's Exynos or Snapdragon trim. The triple camera setup on the back with a brand new ultra wide module is the same as on the Plus - so two cameras more than last year's regular sized S9. If only all incremental upgrades were like this one.

Here's a quick refresher on the internals, before we take the phone out of the box.

This year's package is a bit different from the previous three generations and their blue-accented black boxes. A black box it still is, but there's now a bolder 'S10' printed on top in a color that matches the paint job of the phone inside. Take off the lid and you'll see the phone, the accessories underneath, and little has changed here. 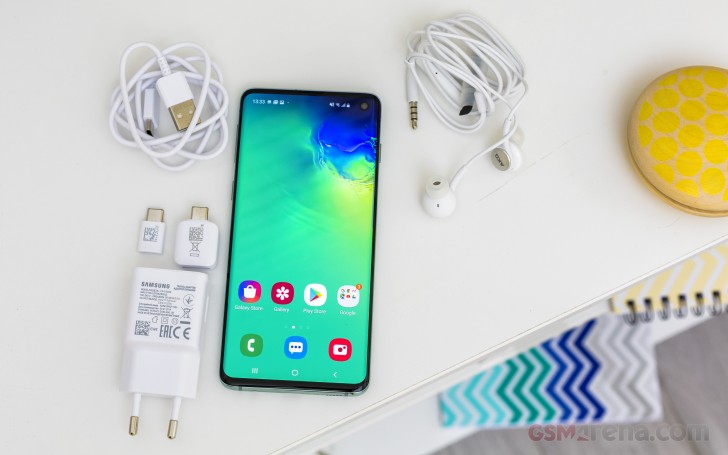 What you're getting is a 15W charger that supports Samsung's Adaptive Fast Charge standard (QuickCharge 2.0 compliant) and a USB cable to go with it. There's also a nice AKG branded headset with braided cables and Samsung's usual set of two USB adapters - female A to male C and female micro B to male C. We've previously seen bundles missing one of these adapters, so this will likely vary by region. Same thing with the case - in some markets there will be one bundled, but we didn't get any with our review unit.