The Samsung Galaxy S10e is like a breath of fresh air in a world of behemoth smartphones with enormous displays. To be honest, we didn't expect Samsung or any other manufacturer for that matter to release a compact flagship. Especially since even Sony dropped their compact lineup. But here it is - a small flagship phone for a little less than you'd expect from a normal flagship these days.

It's nice to see Samsung keeping most of the high-end features in this little guy but for around €700, some corners had to be cut. For starters, you don't get the telephoto lens, the bezels are a tad thicker and the under-display fingerprint has moved to the side frame. If you are willing to live without those, than the Galaxy S10e might be the right choice for you out of all three phones Galaxy S10s. 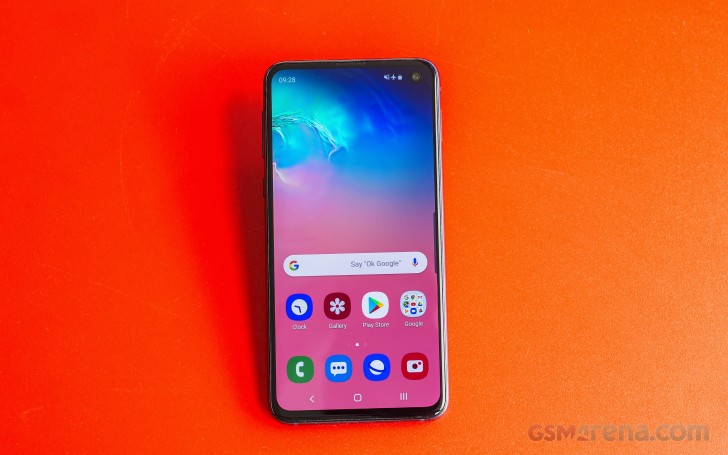 But don't mistake the Galaxy S10e for an upper-mid-range device. It's still a flagship phone with a corresponding price tag although, a lot lower than the S10 or S10+ for that matter. You still get the flawless screen experience - as long as you don't mind the punch-hole camera - the great camera, powerful Exynos 9820 (or the Snapdragon 855 depending on your region) and tons of proprietary Samsung features.

Unfortunately, we didn't get a retail unit so the phone didn't come in its original box. However, we did receive the proper charger supporting fast charging output of 15W. We also got the AKG-branded buds, which sound great, by the way. It seems that all three Galaxies come with those AKGs. Kudos for that. 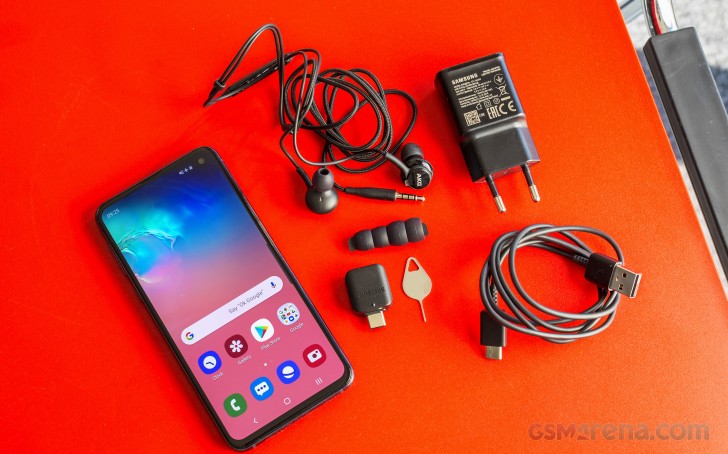 I love the s 10e , it really a good phone , Am also happy some one made a good review about this phone ...

I've had my S10e for 3 years now and it's been great. The battery is still good, but the secret to these batteries is to keep them at around 50%. The performance has been great and the size is perfect.

less than 1 year old. have issues with echo problem in hands free wide lens not focussing...help :(