A recent trend we're seeing with flagship phones is that they now come in threes. So whereas in the past a Plus model was the best of the litter, now it's either a Max or in the case of the S20 - an Ultra. We already reviewed this one and now it's time for the S20+ which is the middle option for a high-end Samsung in 2020.

Being a middle option, it misses out on the Ultra's unique camera system and shares the same setup with the vanilla S20 - okay, the Plus adds a ToF module. Other than that small detail, the S20+ is essentially the same phone as the S20, only bigger.

Which isn't a bad thing - if you're a fan of large screens and find the S20 too small but the Ultra too expensive and camera focused, the Plus is here for you. At 6.7 inches in diagonal, it's closer in size to the ultimate flagship than it is to what could be called the 'compact' 6.2-inch S20.

With the bigger display, a bump in battery capacity is another difference in the S20+ vs. S20 specsheets - not many of these, but the ones that are there matter. 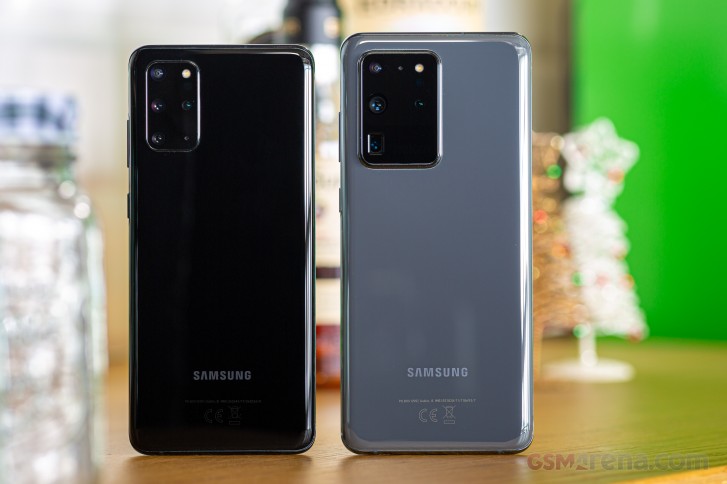 Here's a quick refresher on the hardware and some of the key features of the S20+ before we move on.

As is commonly the case, we're reviewing the Exynos version of the Galaxy S20+. It's also in 4G-only spec - a 5G-capable variant is also available, but since we don't have access to a 5G network anyway, it makes little difference to us and to the findings in this review.

The Galaxy S20+ comes in the standard Samsung flagship-grade packaging. That means a sturdy black box with not much in terms of frills. There is a bold S20, spilling over to the sides if that counts as an accent. 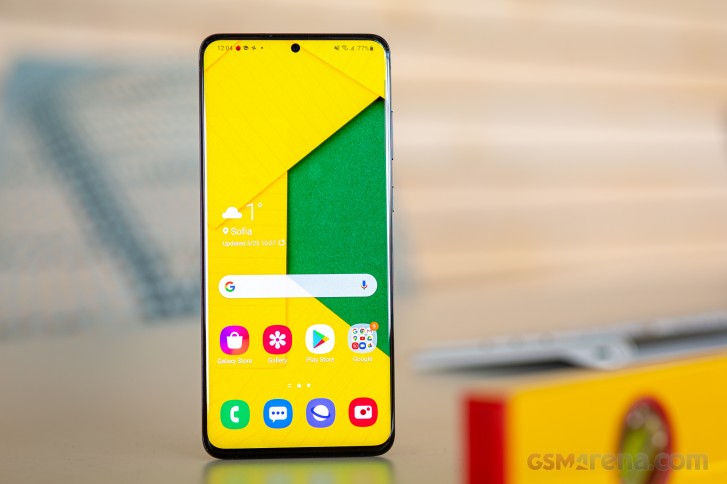 What certainly counts are the contents. You get a 25W charger that is USB PowerDelivery compliant and a USB-C-to-C cable to go with it. A headset is also included and it too has a USB-C port - there's no 3.5mm jack on this Samsung.

We were pleasantly surprised when we unboxed the Galaxy S20 Ultra to find a silicone protective case. Well, that's not the case with the S20+, as it wasn't with the S20 proper - you'll need to provide your own protection.

The phone has been good so far, just that if I missed any call I will not see the notification at the top of the phone icon

Great phone until now. Fast 5g support a big high quality display, good 64mp camera, and a durable exterior. Why is everyone so angry about this phone?