What a great day for Samsung leaks - renders and specs sheets of the Galaxy S23 and Galaxy S23+ appeared earlier, and now it's the Galaxy S23 Ultra's turn. On top of that, the new source also corrobates the previous leak.

The Galaxy S23 Ultra will have a 200MP camera with the new ISOCELL HP2 sensor, announced yesterday. It will stick to the same ultrawide, 3x and 10x telephoto units from the S22 Ultra, though TM Roh did promise they will perform better through improved processing. 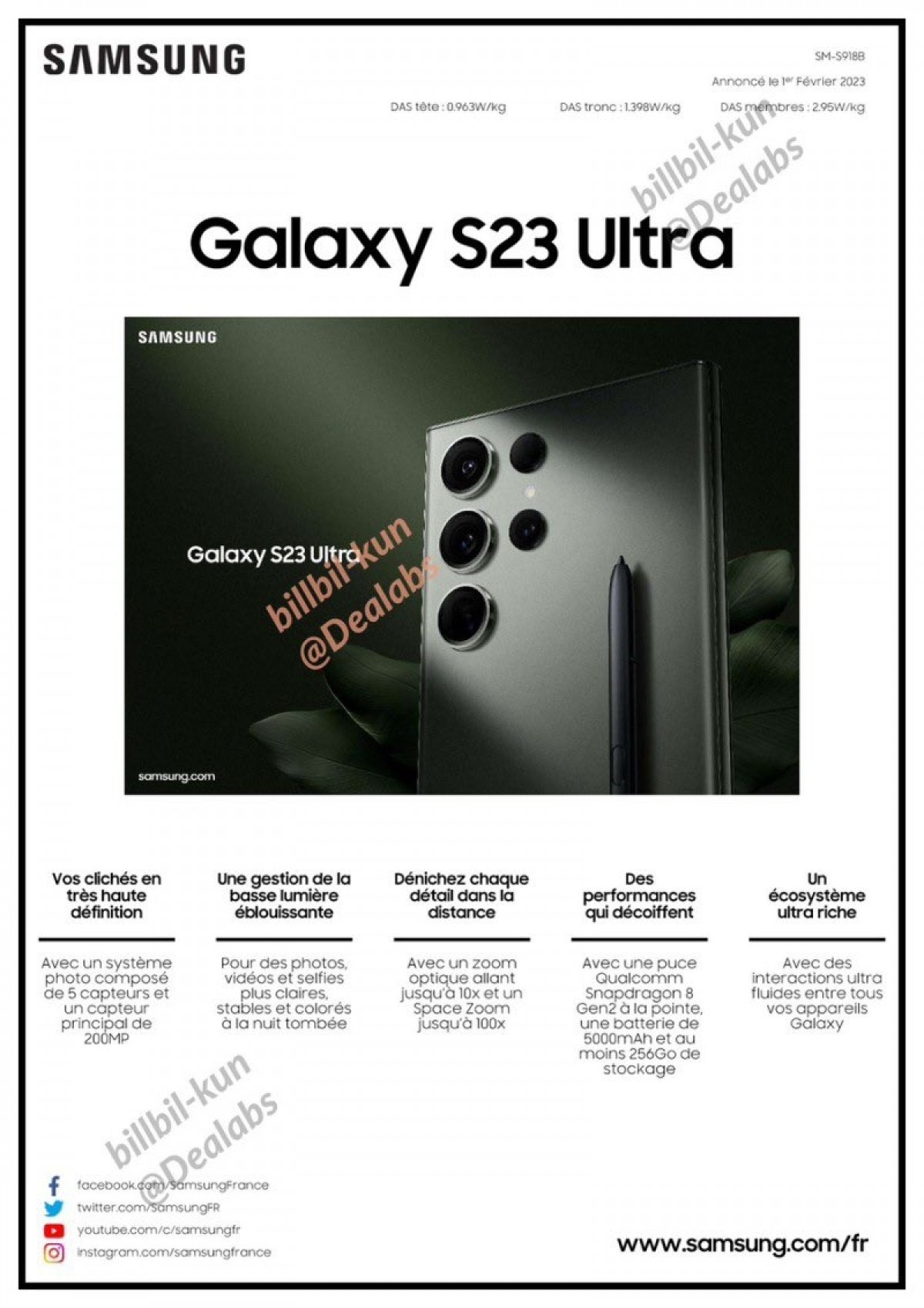 Samsung is launching the Galaxy S23 Ultra with Snapdragon 8 Gen2 in Europe since the posters are intended for the French website. RAM is said to be 8/12 GB, and we can see LPDDR5 mentioned, instead of LPDDR5X, raising the question of why isn’t the newer technology being implemented.

The screen will be a 6.8” 2X Dynamic AMOLED with 1440p resolution and 500 ppi. Protection on top will be Gorilla Glass Victus 2, a step stronger than the Victus+ on the S22 Ultra. Size-wise, it will be almost the same, with barely recognizable differences in all three dimensions. The Galaxy S23 Ultra also shares the 5,000 mAh battery with 45W charging with its predecessor. We just hope it actually means something this time.

The new phone will ship with Android 13 and One UI 5.1 on top, while connectivity features include Bluetooth 5.3, Wi-Fi 6E, NFC, and UWB.

Samsung will announce the Galaxy S23 Ultra on February 1, and it will come in Black, Violet, Green, or Cream colors. Last year’s Ultra started from €1,250, and the question is whether Samsung will increase the prices or not.

There are no trade deals in my country unfortunately Idk when they plan on bringing Exynos back but i'm definitely gonna be upgrading before it comes back This is the first and will be the last time i'm buying Exynos unless they make ...

I'm certain that S24 also comes with Snapdragon, but probably not S25. However you could look on Samsung for trade in deal as an option.