Samsung Galaxy S5 Neo could be getting Nougat soon

Remember the Galaxy S5 Neo? Samsung does - the device was spotted on GFXBench' database flaunting the spanking new Android 7.0 Nougat. 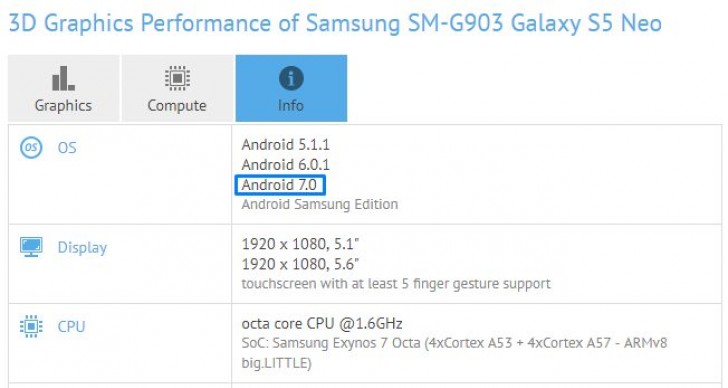 This doesn't outright confirm that Samsung is aiming to release a firmware update for the Marshmallow-locked S5 Neo but makes it seem quite imminent.

The Galaxy S5 Neo recently received the March security update so it's clear that Samsung isn't stopping its support just yet.

The S5 Neo is a more recent device than the other members of the S5 family. The majority of original Galaxy S5 units shipped with Qualcomm Snapdragon 801 SoCs. Qualcomm reportedly has not released updated drivers for this chipset with compatibil...