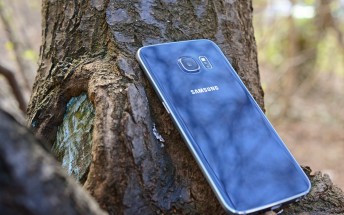 It's now finally time for Samsung's Galaxy S6 and S6 edge to be graced with the update to Android 7.0 Nougat, at least in Europe. Owners of the two devices in certain countries on the continent have already been prompted to install the new software. So far it looks like the rollout has been started for Vodafone customers in Italy, Netherlands, Ireland, United Kingdom, and Romania, as well as Swisscom customers in Switzerland.

We obviously expect the update to make its way to more regions and more carriers soon, now that the ball's rolling. The new build number for the Galaxy S6 edge is G925FXXU5EQBG.

This update was initially said to arrive by the end of February, but it then got delayed by the Korean company because it wanted to review its quality. It looks like the software passed that review with flying colors, since it's now already going out.

Samsung sells the most smartphones in 2016, Apple comes second

Sweden- Tre, no update yet

I have UK simfree S6 still no update.

Denmark - Telia and no update yet :(