If the best rival is the one you can learn from, has Samsung learnt the wrong trick? Or did the Project Zero redesign got everyone there too excited to think rationally? Probably a bit of both. The company delivered these beautiful Galaxy S6 smartphones but they missed a few user-favorite features, which now make a comeback on the next model. We've seen Apple do exactly this in recent years. First we get the new cool design, then we get the proper hardware upgrades a generation later.

Yes, you may've read our review of the vanilla Samsung Galaxy S7 but it bears repeating. The S7 edge is what the Galaxy S6 edge was supposed to be a year back, an all-round flagship ticking every box. And now, for the extra cash over the S7, you're getting the sexy curved design but also a bigger screen. That's the right thing to do. 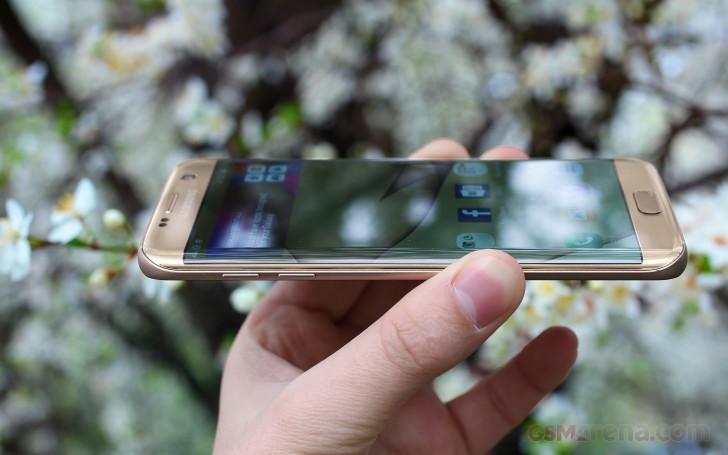 The regular S7 doesn't drop out of favor as the ordinary, unattractive, more affordable option. It's just as relevant being the more compact, equally powerful, yet more affordable version of the undisputed flagship.

Now, that's what the Galaxy S7 edge is. The flagship phone to have right now. Polished to perfection, immensely powerful and reliably powered, incredibly proficient at imaging and pretty much everything it does.

Water resistance and memory expansion make a comeback on the Galaxy S7 line - Samsung may be owning up to a mistake made a year ago or simply have used the time well to polish a design that back then demanded all their attention and resources.

Either way, the Galaxy S7 edge is what it is because it manages to finally reconcile the brilliant new design and the traditional values. After an eventful previous season, the return to Snapdragon is a sign of going back to normality. The return of the memory card slot and water proofing are probably even better news for users. If you think about it, even the Gear VR headset has been a fairly long time coming since the Note 4.

Here and now, the Galaxy S7 edge has a perfectly credible shot at capitalizing on its pole position but Samsung better brace itself for a fight.

The new generation of Snapdragon 820-powered flagships isn't short on innovation, and each of them tries to offer something unique to set itself apart. The modular LG G5 is what we'd go for if we wanted to experiment with the Magic Slot and the compatible accessories. The Xiaomi Mi 5 is beautifully compact, has enhanced camera OIS, and costs less. The Sony Xperia X Performance claims to have it all: stereo speakers, 23MP worth of still images, water and dust proofing.

HTC are expected to finally cross the Quad HD mark and are making a big fuss about the camera on their upcoming HTC 10, so it will only get more exciting over at the Android camp.

The 5.5" iPhone 6s Plus is an obvious competitor, a great looking handset itself, of beastly performance, enhanced 12MP camera with OIS and dual-tone flash, and 3D Touch.

Microsoft's Lumia 950 XL may not sound as exciting, but it surely ticks all the right boxes - a big Quad HD AMOLED screen, Snapdragon 810 chip, an iris scanner, gorgeous 20MP camera, and Windows 10 Mobile with Continuum. Occasionally, it can replace your netbook, so it's a niche tool you may want to consider.

Right now, the Galaxy S6 lineup, S6, S6 edge and the S6 edge+, cover a wide range of screen sizes and will only be getting more and more attractive with every discount they receive. The Galaxy Note5 with its exclusive S-Pen features is also a nice deal already.

Finally, the smaller Galaxy S7 may lack the design edge, but it still has gentle curves on both sides, better handling and smaller footprint. It costs less than the S7 edge, and yet it has the same build quality, screen, performance, and imaging skills.

The Galaxy S7 edge is easily the best Android phablet right now, if the S-Pen isn't a must. Not only does it employ the best tech available today, but puts it one of the most beautiful bodies in business.

If you break it down to its parts, you will be right to ask what stopped Samsung from delivering it a year ago. Try it, and the experience may change your perspective. Hold it in hand and you may as well wish all phones were like it.

so thats the issue with 7 edge I wondered why the rapidly lost of charge and overheating without use or charging ,blinking screen every so often as well ,my phone fried yesterday .i was given a s8 $99 insurance charge .i was asked if i ever droppe...

yes, i am running it on Android 8 now.