A Samsung Galaxy smartphone used to headline the Mobile World Congress in Barcelona for years but after the Galaxy Note7 fiasco last fall the company decided to postpone production and unveiling of its newest flagship.

But after the Samsung keynote on Sunday night, we finally know when the Galaxy S8 will be revealed - March 29. The Galaxy Unpacked event will be available live on Samsung Galaxy’s website. 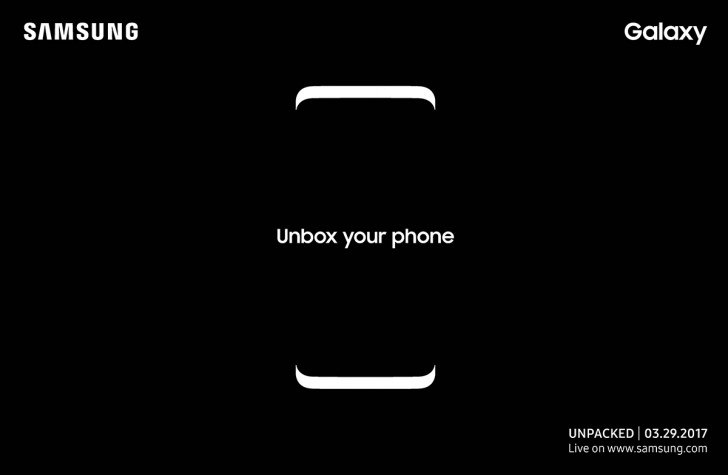 Samsung presented the Galaxy Tab S3, an Android tablet and Galaxy Book with 10.6” display and a bigger one with 12” diagonal, the latter running Windows 10 and coming with a keyboard and an S Pen out of the box.

After the event was over, David Lewis, Samsung Europe CMO presented the Galaxy Unpacked event with a short video, confirming the date is indeed March 29, as various leaks suggested. The event will begin at 11:00 EDT/17:00 CET.

In the end of the video you can see only an outline of a device, but it hints that the Samsung Galaxy S8 will have dual-curved bezel-less screen and won’t have a physical button on the front.

The Samsung Galaxy Tab S3 is a new powerhouse tablet, with a finger on productivity

Really looking forward to the Galaxy S8 official drop. Love my GS6edge but ready for the latest from Samsung to convince me to go with their latest and greatest.

A better screen for what purpose?