Samsung has started pushing out a new update to its Galaxy S8/S8+ smartphones. It's a security update that brings along Android fixes for the month of December. Units in both South Korea and the US (T-Mobile) are currently getting the update.

The update carries build number of G950USQS2BQL1 and G955USQS2BQL1 for T-Mobile users, and G950NKSU1AQL3 and G955NKSU1AQL3 for the South Korean units.

Moving on, the tech giant has also started rolling out the December security patch to its Galaxy Note5 smartphone. Weighing in at around 17 MB, the update is currently available in multiple markets, including India. 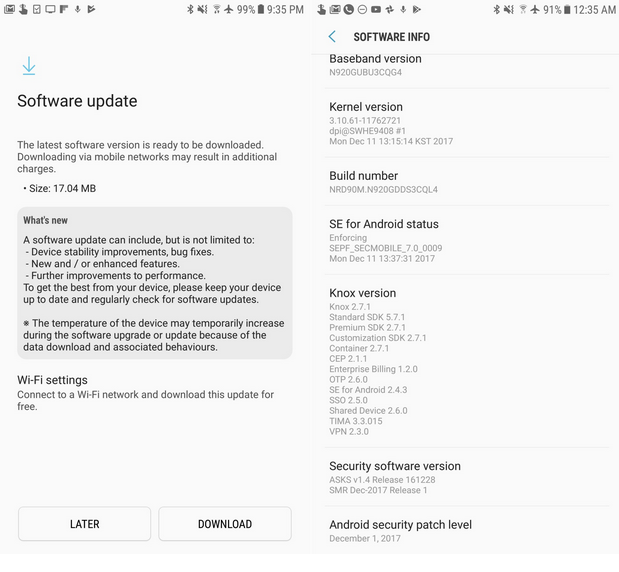 Hello, Sir during i play game i want to play songs background but hi didn''''t play .. application show msg unable to play during call that time i am not calling only play game... why sir ..befor i play game i open music hi play and I am enjoy ...

I am in Eastern Europe and I still got update days before you :/