Samsung has started pushing out a new update to its Galaxy S8/S8+ flagship phones in India. Weighing in at around 615MB (613.35MB to be precise), the update brings Android security fixes for the month of May. 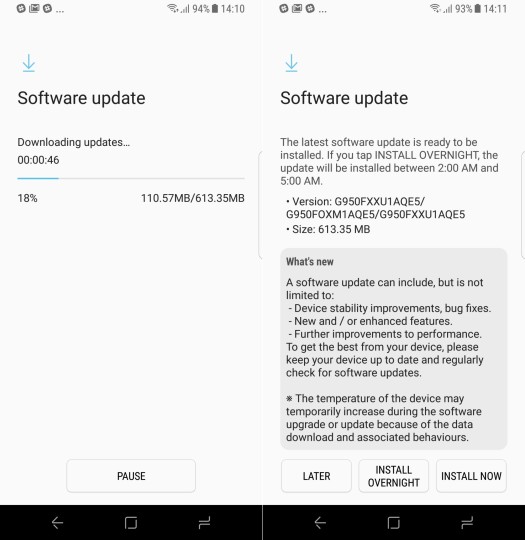 At 600+ MB, it's no doubt a big update. Sadly, there's currently no information on what other changes (if any) it brings along.

Aside from these flagships, the Samsung Galaxy C7 Pro has also started receiving the May security update. It weighs in at around 185MB. As is usually the case with OTA roll outs, it may take sometime for the update to hit your device.

Sir in India, I want to wait for Samsung galaxy C7 Pro to get Pie with Android Oreo

not soo much man still have battery problems

When coming to Malaysia latest patch for S8/S8+.