Samsung Galaxy Tab A8 gets Wi-Fi certified, ever closer to release

The upcoming Samsung Galaxy Tab A8 has received its Wi-Fi certification today, an important prerequisite for its official launch, which should hopefully happen soon.

The tablet was spotted at the Wi-Fi Alliance with the model number SM-X205. The listing confirms the Galaxy Tab A8 name, as well as the fact that it will support both 2.4 GHz and 5 GHz Wi-Fi. 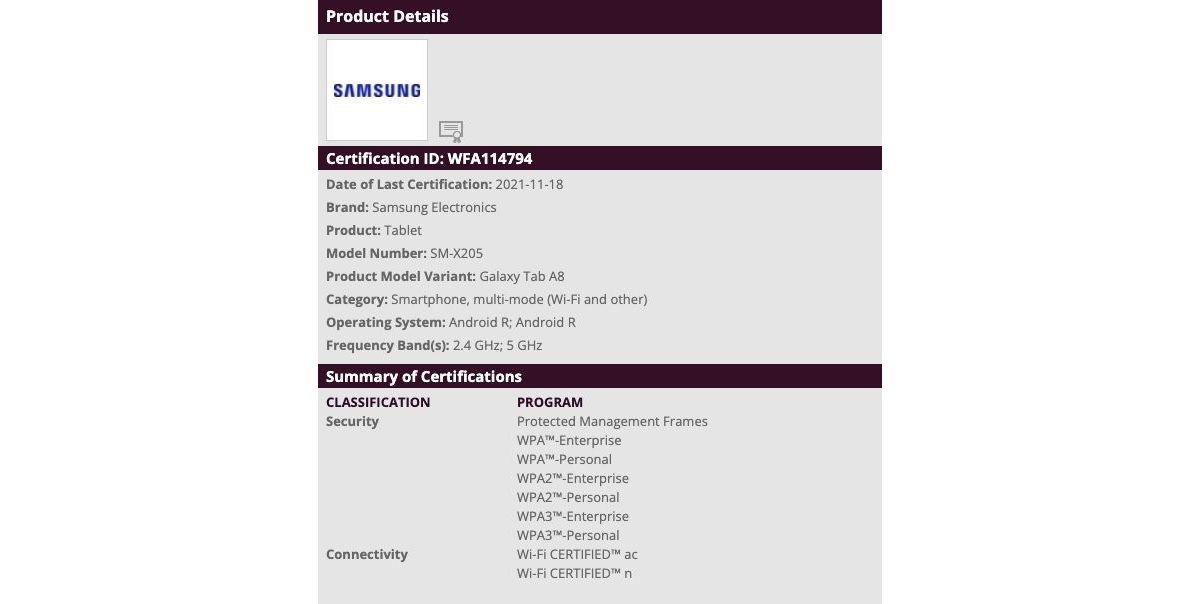 Previously, it was found in the Geekbench database, and that listing revealed that it's powered by the Unisoc T618 chipset. The device will run Android 11 out of the box, with One UI 3.0 on top.

Samsung please make a tablet with a decent midrange CPU, 5g, 120hz screen, HDR screen, 6-8gb ram and over 128gb internal storage. Market for 300 dollars as you are taking too long

What did Samsung improve?

Tab A7 is also in 8.7 inch version both wi-fi and LTE and has a snapdragon chipset, that should work for you.