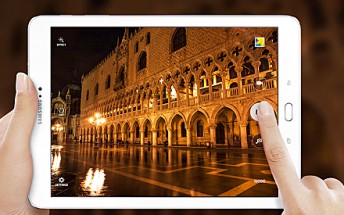 The Samsung Galaxy Tab S3, which is said to be launching sometime Q1 next year, has been spotted on Zauba, a website that tracks India's import and export.

While the listing doesn't reveal any of the tablet's key specifications, it does reveal a price tag of INR 34,138 (around $505), although keep in mind that pricing information on Zauba is usually not correct.

There were rumors earlier this year that the 9.7-inch tablet will be made official in September (Samsung even effectively confirmed the launch time-frame), but that, as we all know, didn't happen.

Specs-wise, from what has been revealed so far, the device will feature a better processor as well as some yet-to-be-revealed innovations. It will be available in WiFi (SM-T820) and LTE (SM-T825) models.

Samsung UK offering free AKG Y500 headphones with purchased of Galaxy A41, A51, and A71

As for me a square tablet would answer for all my needs...as all the unused space of the square would work as a second screen or to use it for writing notes or to use for Skype etc...and there are times when navigating maps when a square format wou...

Not everyone uses their tablet solely for video.

16:10 is still quite terrible in portrait IMO. Anything between 16:10 and 4:3 is good, depending what you want to prioritise.