The Samsung Galaxy Tab S5e is one of the company's recent attempts at keeping Android tablets relevant even if every other company, including Google, has given up on them.

The Tab S5e is a thin and light tablet, much in the vein of the new iPad Air, and is targeted more at people who want to work while on the go and want something thinner, lighter and more portable than a notebook.

We realize that a more detailed article about this tablet may be overdue by a couple of months but this device recently came up on our radar as it just launched in the Indian market and its price in the European markets has started going down. 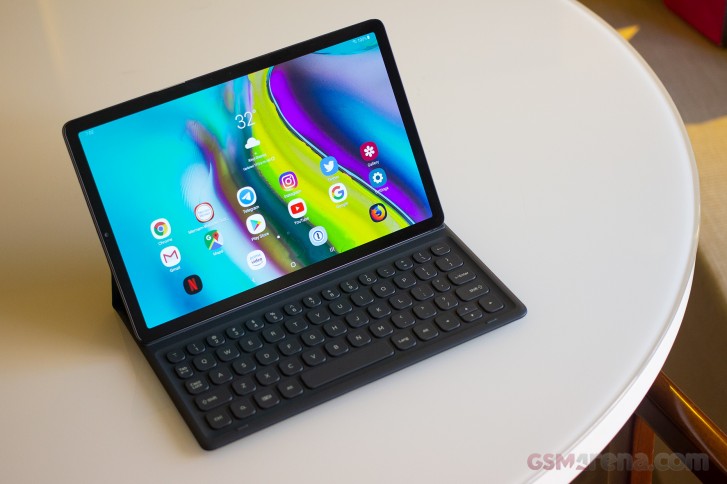 Integral to Samsung's laptop-replacement concept is the DeX mode, which transforms the standard Android tablet UI into more of a desktop-like experience. Previously, this required connecting the device to a monitor but now it works natively on the tablet itself.

Also working alongside is the new Book Cover Keyboard that Samsung sent us along with the tablet to review. This helps further drive home the point that this is meant to be a more work-centric device than just for entertainment.

Join us on the next page as we take this tablet for a spin.

Please, where can i get this from Nigeria

Can u receive calls? Text ?