True to the marketing, the Galaxy Tab S5e is an extremely thin tablet. At just 5.5mm thick, it's thinner than even the thinnest iPad, which is the iPad Pro at 5.9mm thick. 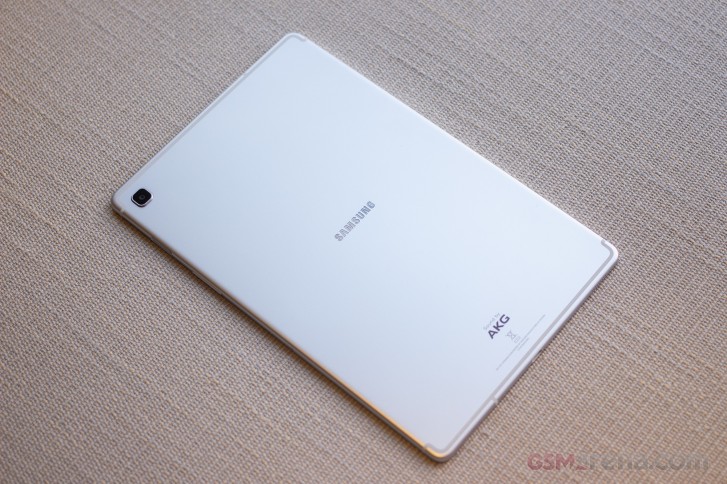 This is great if you're carrying the tablet by itself but helps more when you have the keyboard case attached, as even with the case the whole thing is thinner than most notebooks.

The tablet is also quite light at 400g, but it's still not quite light enough for one-handed use. The mass, along with the size of the tablet, makes one-handed use still difficult after a few minutes, especially when held in landscape.

The bezels on the Galaxy Tab S5e are very thin, much like the new iPad Pro. They are thick enough, however, that you don't have to worry about accidentally touching the display but they are never too distracting. 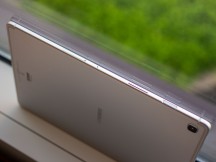 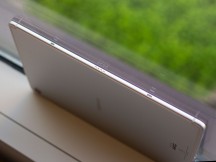 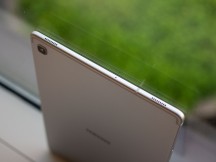 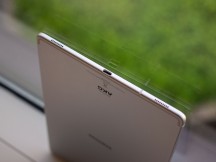 Right side • Left side • Top side • Bottom side

Along the sides, the Tab S5e has the power button and the volume buttons on the right, along with a tray for the microSD, which also houses the SIM card on the LTE model.

The fingerprint sensor is built into the power button, which is not a great idea for a tablet. When you pick up the tablet, you usually have no idea which way is up or down, which isn't a problem with the content but because the button is only on one side it becomes a hunting game.

Also, the button, as a result of the design of the tablet itself, is too thin, which makes it a hard target to place your finger on. The same sensor works fine on the Galaxy S10e because of how you hold the phone but your thumb isn't anywhere near where the power button is on the Tab S5e so it becomes extremely awkward to use the fingerprint sensor on this.

Things get even worse when you attach the keyboard case accessory, as the lip of the cover rises above the edge of the tablet and makes it next to impossible to use the fingerprint sensor with ease. 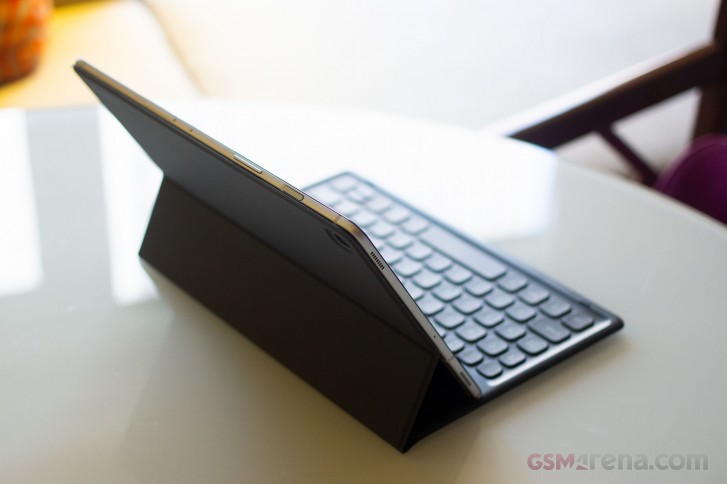 It's such a weird struggle to face for using something so basic to the functionality of the device and makes you wonder if any amount of testing or thought went into designing this thing.

The display on the Tab S5e is one of its truly redeeming qualities. The 10.5-inch, 2560x1600 resolution Super AMOLED panel looks excellent, with great color accuracy and just general image quality. It also gets sufficiently bright indoors and is usable in bright environments. The anti-reflective coating could have been a bit better though as you do see a lot of your own face on the screen, especially when watching dark content.

You can get it at slot or order it from amazon

I have this tablet around 2 years and it's a really great multimedia tablet, granted not the fastest but for some games, Netflix and web browsing it's still perfectly fine. The screen is just fantastic and the sound from the speakers is rea...

I have this tablet around 2 years and it's a really great multimedia tablet, granted not the fastest but for some games, Netflix and web browsing it's still perfectly fine. The screen is just fantastic and the sound from the speakers is rea...