Samsung’s Galaxy Tab S6 is an amazing tablet, but quite expensive. The company plans on offering a more affordable alternative Galaxy Tab S6 Lite that we’ve already seen renders and a certification entry. Now, the device was spotted in Taiwan’s NCC certification database, matching the previously spotted SM-P615 model number. The listing does not come with any images or key specs apart from the tablet’s 2.4Ghz Wi-Fi connectivity. 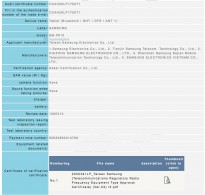 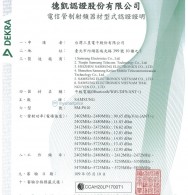 Previously, a listing from the Bluetooth SIG certification agency revealed the tablet will sport Bluetooth 5.0 connectivity and a Geekbench scorecard revealed an Exynos 9611 chipset paired with 4GB RAM and Android 10 which will presumably be layered with OneUI 2.0. The Tab S6 Lite is also expected to come with an S pen stylus with 64GB/128GB storage options.

Excited for another samsung tab they will be forgotten in two years by the maker itself? No wonder they have the courage to flood the markets with these things. smh.

Yes this is exciting, for me it depends on the size. On tablets as phones I want smaller screens. As it has pen support, S6 Lite is only tempting if it is a sub 9" screen. At this point in time I would want a 5" screen phone and a 9" screen tablett...