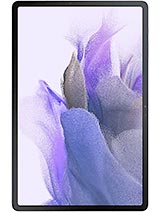 At this price point, I'm going to buy an iPad Air anyway. TFT screen, Snapdragron 750G for this high a price? I'll get iPad Air with a high quality screen, A14 Bionic chip.

Anonymous VII, 12 Jun 2021I know it's just the fan edition for those looking for... moreIt is better than S6 lite, no doubt about that. Bigger display, better hardware, and 5g connectivity. The real problem is the price tag. This tablet has the exact same amount of ram, storage, and S pen as the S6 lite. But Samsung is charging 300Euroes more for just a generational SoC upgrade and 2 inches of extra display. No way I'll ever pay 300 more for just that. If Samsung had put at least a Snapdragon 865 in it, then they'd be justified in asking for that amount of money. After all, the device already has half the base storage of S7+, 2GB less ram, LCD instead of AMOLED, and 60Hz instead of 120Hz. If it had Snap 865 then they could have called it the FE version of S7+. But they gave it midrange spec, call it the Fan Edition of S7+ and put a flagship price tag on it.
It was either intentional to make Tab S7 look more appealing or they f-ed up and should fire the entire team that priced it this high. Either way, this tablet will definitely be one of the least popular of the already dying android tablet market.
If you can afford it, go with iPads. They're just better in every conceivable way. I couldn't afford an iPad so I had no choice but to go with S6 lite (iPad 8 is 50% more expensive in my country).

I know it's just the fan edition for those looking for the same product with a more affordable take-up for grabs, but they could've made it a bit more better than the s6 lite honestly. Though I could be wrong about its performance, it just doesn't look all that promising but then again it's running on a huge display.

Anonymous, 06 Jun 2021you could spend a lil more and get the iPad Pro with M1 and... moreOr you could even go for Samsung's own Tab S7. It's got a top-tier chip, great display, S pen included, more ram and storage.
But I agree that iPad's are generally better.

IcyTnT , 05 Jun 2021I see a lot of criticism in the comments. Although I person... moreAs a matter of fact, these are the full specs and actual price. Samsung released it a while back. And it's now available for pre-order on Samsung's German Store. 5G version goes for 630Euroes. Tab S7 goes for 610.

I see a lot of criticism in the comments. Although I personally don't think that this will be a value for money product, this is just leaks. We don't know if full specs and price. Hopefully Samsung can release a proper product for a good price which it hasn't in the tablet market.

This is most pointless product I have ever seen. Costs 150E more than regular Tab S7 in my country and is significantly worse.

might as well get the regular tab s7 or s6lite if this will really be the price. waiting on official release to see if there'll be any changes

Is Samsung testing the water how much they can charge for the littlest value again? It's a bit disappointing since I thought they were heading for the right direction with s6 lite and their FE phone series, but this? 12 inch TFT, Snapdragon 750 for the 5g I guess? The price though! If it has SD 865 like s7 then I can understand, but for this price&value customer might be better off with a vanilla s7 or some iPad.

If you're looking for budget tab & need stylus you might want to consider s6lite even in 2021. It can still do demanding works like dex, drawing, and video editing (a bit slow when saving the video but for the price it's worth it).