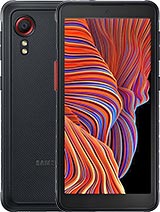 ZI, 18 May 2022get another 2 batteries and you can change the empty for a ... morewhat if one battery gets swollen?

ZI, 18 May 2022get another 2 batteries and you can change the empty for a ... morevery bad excuse...just because it has a removable battery people have to accept its weakness...the phone should at least last a day like most of the phones nowadays...

kalatehas, 17 Mar 2022perfect workmans phone only issue i see is that it'... moreI'd just like to interject for a moment. What you're referring to as Linux, is in fact, GNU/Linux, or as I've recently taken to calling it, GNU plus Linux. Linux is not an operating system unto itself, but rather another free component of a fully functioning GNU system made useful by the GNU corelibs, shell utilities and vital system components comprising a full OS as defined by POSIX.

Many computer users run a modified version of the GNU system every day, without realizing it. Through a peculiar turn of events, the version of GNU which is widely used today is often called "Linux", and many of its users are not aware that it is basically the GNU system, developed by the GNU Project.

There really is a Linux, and these people are using it, but it is just a part of the system they use. Linux is the kernel: the program in the system that allocates the machine's resources to the other programs that you run. The kernel is an essential part of an operating system, but useless by itself; it can only function in the context of a complete operating system. Linux is normally used in combination with the GNU operating system: the whole system is basically GNU with Linux added, or GNU/Linux. All the so-called "Linux" distributions are really distributions of GNU/Linux.

Michal, 20 Apr 2022What is wrong with samsung ? Why they put so small battery ... moreget another 2 batteries and you can change the empty for a full one :))

What is wrong with samsung ? Why they put so small battery inside a phone advertised for active people ?

Sabulikiti, 31 Mar 2022Why can't Samsung cater this kind of phones here in t... moreSabulikiti, I just bought some of the last stock here in Australia. Be consoled in that the screen resolution of this phone is *terrible* by modern cellphone standards. I might well be buying my next phone from the Philippines because this phone is one of the last models by major manufacturers here in Aust., England and the U.S. to have both a 3.5mm (analog) earphone socket and user replaceable battery. More modern USB-C socket only phones *all* have *poor* (Bluetooth *only*) audio quality, limited by the USB-C standard. And the abolition of user replaceable batteries is a planned obsolescence scam plain and simple, since replacing the battery can extend a phone's life by around 5 years, and manufacturer replacement, even when still available, is expensive and can destroy the poorly serviceable (by design) phone. At least in the Philippines 3.5mm audio sockets haven't been abolished, because the Philippines populace can't be scammed for quite as much money as in the other countries I mentioned, since on average they don't have as much. Buy yourself a very high quality impact resistant case for a Philippines phone instead, drop resistance has more to do with the case than the phone.

Why can't Samsung cater this kind of phones here in the Philippines?

one of the best for everyday workplace

xc, 26 Nov 2021i compared the spec to xcover 4s? this this site write wro... moreI noticed the same, specs on 4s are better.. but roughness toughness of 5 is perhaps improved due to mil 810 h instead of g.

i compared the spec to xcover 4s?
this this site write wrong or what?
how the hell can xcover 5 have worse cpu+ graphics than 4 s???
and noone reacts?

AMD, 19 May 2021You think 720p is enough? If you have iphone with 4.6 inch ... moreEverything is just fine for that phone.Been using Xcover2, 3, and 4s, now that one..
Bigger screen - bigger heat and power consumption. For normal user is perfect. For working guy as me it's more than capable:
- can connect USB endoscope camera, or usb memory stick
- can create test waves via 3.5mm audio jac
- enough space for applications and useful sd card slot for documents
- well working fm radio
- enough resolution to make useful the browser and YouTube if need...
- even not rooted can have plenty of good software and also able because is android to install my software
- the camera is good enough to do the job required..
The price with contract was about 200e..
So? What to complain for.. Just some teenagers mumble "oh this oh that...".
What 1200e iPhone can help me in my work in durty conditions?
Damn morons..

Is this phone ever coming to the US?

Razion, 08 Oct 2021the battery for xcover 5 is not available anywhere. nor th... moreYou didn't look very hard - took about 1 minute to find:

Mr. Sam Sung, 04 Feb 2021The return of the 16X9 screen!!! A truly pocket-sized body... moreMy thoughts exactly! Just wondering if it'll work on T-Mobile or AT&T VoLTE here in the USA. I love the fact that you can actually turn the phone off - IE pull the battery and not just turn off the user interface. Big Brother: Let's design a device with a microphone, a camera, and a tracking device that you can't power down and then socially engineer everyone that they really have to have one and take it with them everywhere. Mission accomplished!!! ;-)

Anonymous, 29 Aug 2021>But really good to see user replaceable battery after a... morethe battery for xcover 5 is not available anywhere. nor the charging stand. It 's just a marketing bullshit.

Do not try to demean this warriors respect.... Hes neither ugly nor incapable but it is his valour that makes him to be in this armor as he is ment to endure the situations and conditions that your fancy phones can't even think of.... AFTER ALL HE IS MENT TO SERVE THE MEN ON JOB

Grenouille, 30 Sep 2021If you need to ask this question, this site is not for you.Lol im not into ugly phones.

BrianCoriour, 27 Sep 2021How come i never heard of this phone untill i search for sm... moreIf you need to ask this question, this site is not for you.

Question, 28 Jul 2021Anyone can confirm if this phone has fingerprint sensor? Th... moreNo fingerprint