The Samsung Galaxy Z Fold4 and Galaxy Z Flip4 bagged FCC certification a few days ago, and now both smartphones have been certified by NBTC, clearing their way for launch in Thailand.

The Galaxy Z Fold4 certified by NBTC has model code SM-F936B/DS, whereas the Galaxy Z Flip4 has SM-F721B. As always, the Thai certifying authority doesn't reveal the specs of either of these smartphones, but rumors claim the Flip4 will come with the Snapdragon 8+ Gen 1 SoC, 8GB RAM, and two storage options - 128GB and 256GB. 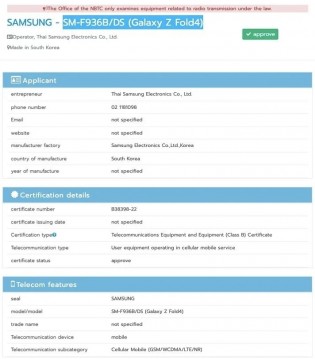 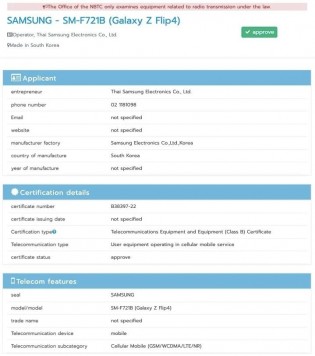 The Galaxy Z Flip4 is expected to pack a 3,700 mAh battery with 25W wired and 10W wireless charging support, and like its predecessor, the Flip4 will also get a Bespoke Edition which will have even more color combinations. 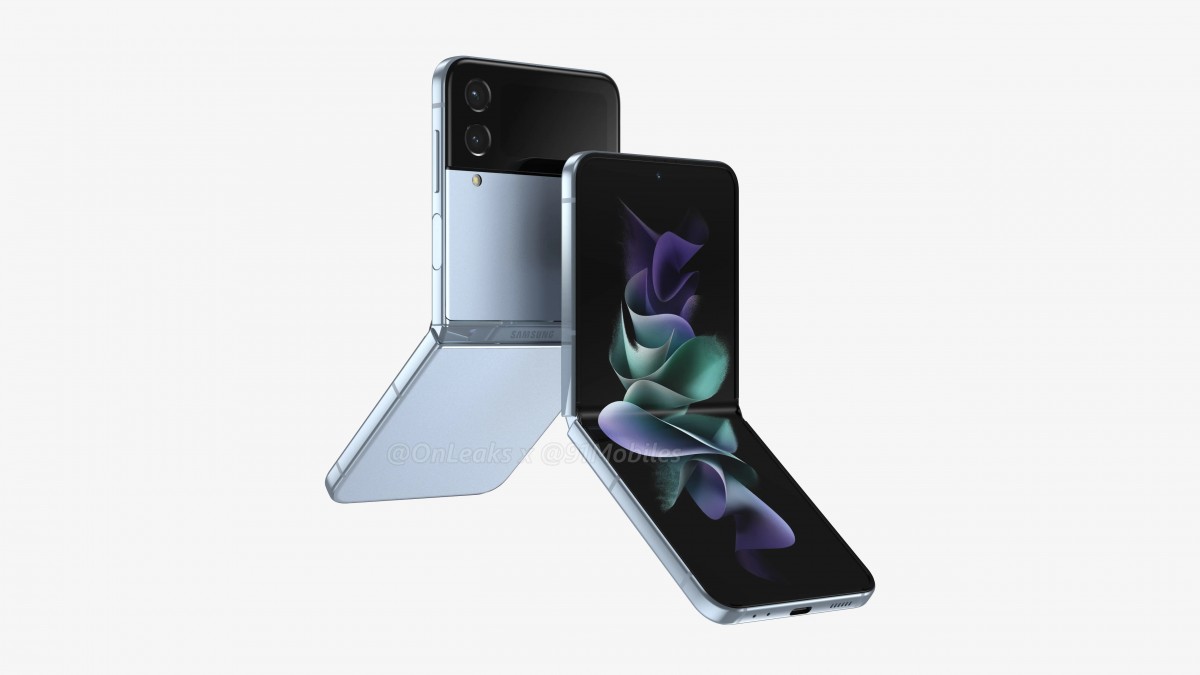 The Galaxy Z Fold4, on the other hand, is rumored to come with the Snapdragon 8+ Gen 1, 12GB RAM, and up to 1TB storage. It's said to be lighter than its predecessor despite having the same battery capacity (4,400 mAh), with foldable and cover displays measuring 7.6" and 6.2" diagonally, respectively.

The Samsung Galaxy Z Fold4 and Galaxy Z Flip4 are rumored to be officially unveiled on August 10, but there's no word from Samsung about these smartphones yet.

If you wear down the screen protector you replace it. I used the stock one on the original Flip for 1.5 years and it looked clean as a whistle when I sold it. The original one had a hard to remove protector, but it was self healing. The Flip 3 has a ...

It doesn't crack, but when you look at an angle, display looks really rough. LTT Linus has one and display looked horrible when he was using his phone