Over a couple of weeks after unveiling the new Gear 360 camera, Samsung has made available its companion app. Dubbed Gear 360 (New), the app is live on the Google Play Store. 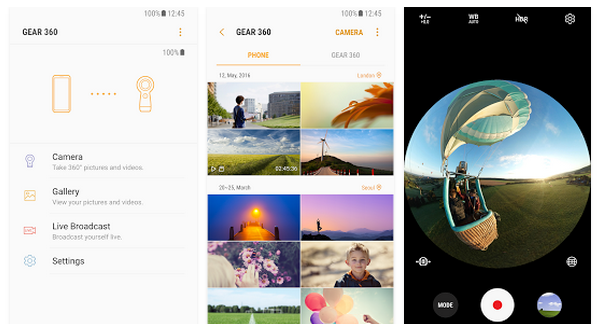 Following are some of the app's main features:

To download the app, head to the Source link below.

if something is not practical, they should never let it lunch to the market....their ex owners in jail, keet doing this they ll start operating from jail!...all phone (front-rear) are capable of 360, why dont just they tell that to public....these li...