Despite rumors, the Galaxy S8 topped out at 60fps for FullHD video recording and the Galaxy Note did nothing to change that. Well, it’s that time of the yea again – rumors say the Galaxy S9 will have “Super slow-mo”, but this time there’s something to back it up.

Samsung’s new ISOCELL Bright line features a 3-stack Fast Readout Sensor, which enables 1080p video capture at 480fps. A key detail is missing – how long does it last? Sony’s Motion Eye can do double the frames per second (960fps), but for less than a fifth of a second and at 720p resolution. At any rate, it’s miles better than Samsung’s current cameras which top out at 720p @ 240fps. 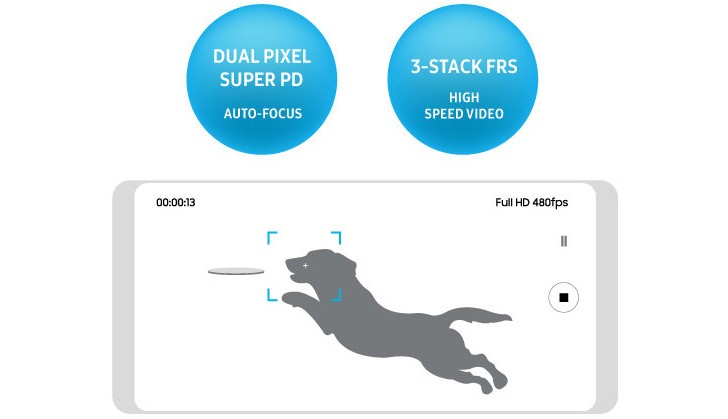 Also, this is a Bright sensor with Tetracell technology – small 0.9µm pixels are binned to improve sensitivity in low light. They do offer goodies like Dual Pixel AF and Super Phase Detection, but are generally mean for thin, bezel-less phones rather than for flagship imaging.

We doubt that Samsung will use this exact sensor on the Galaxy S9, chances are it will be something with larger pixels but a similar 3-stack design.

Samsung introduces the ISOCELL brand: four types of camera sensors for any kind of phone

When is the 3D object Scanning coming? Oh no, it is a gimmick, I don't watch the 3D object on a smartphone I only can see 2D image, 2D image is the everything to me...blah blah blah