Samsung has been a sponsor of the Olympic games since 1998 and has a deal in place to sponsor the events to 2028. And it has a tradition – launching a special edition of its flagship for every Olympic games.

This year the Samsung Galaxy S10+ is getting the Olympic treatment. The Prism White version gets the logo of the Tokyo 2020 games on its back (along with carrier Docomo).

This is not the end of the customization, it comes bundled with special Galaxy Buds truly wireless earbuds. 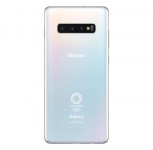 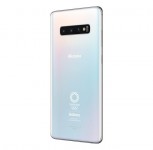 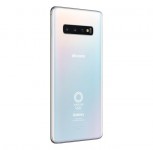 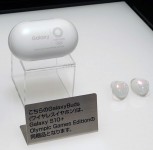 Note that only 10,000 units of the “Galaxy S10+ Olympic Games Edition” will be made starting in late July. Docomo is the exclusive carrier partner in Japan and is asking JPY ($1,000/€900) for a unit. It’s not clear if this model will be available outside of Japan, but odds are that it won't.

By the way, Samsung will also offer special content from the Olympic games. In the past it has launched dedicated apps and streamed the games in VR.

Source | Via (in Japanese)

Its just a superoverpriced phone nothing else or special.

I really don't understand who would buy this.. If it were a landing in the Moon or Mars edition I might understand, but the Olympics?? lmao Maybe if I were an athlete and participated, but other than that I fail to see a reason for buying it. ...