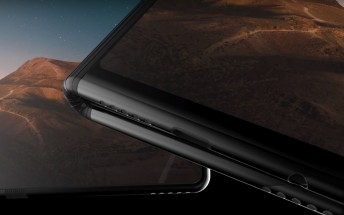 After many, many years of leaks and rumors, Samsung is finally almost ready to ship its first foldable phone - at some point next year. The company has already unveiled the flexible display that it's using, and a few other details have been coming out recently too.

Based on everything that's known about this phone which will probably be called Galaxy F, Concept Creator has gone ahead and created a mesmerizing concept video that imagines the upcoming device in all its glory, and portrays it from all angles.

Please don't mistake this for a leak of the Galaxy F's final design or anything like that - again, it is merely a concept, but a very nice looking one at that. So let's just say that we wouldn't mind it at all if this is what the actual product ends up looking like.

I think 4inch would be great and expend to 8inch, a N-shaped foldable deisgns. But this must be very thick and heavy and the durability must be a question.

1700+ it will banish like project tango did 2 years after release.

That's your opinion. And the render is meant to be what the Creator hopes for. It's unrealistic because it's a dream of what he wants it to be.