Samsung has been tirelessly working on improving the Galaxy Fold after it temporarily suspended its release rollout plans, following a bunch of problems that surfaced when the reviews came out. And now a report from its home country of Korea details those improvements.

The company has apparently solved both of the main issues that were reported - stuff (such as dirt, lint, dust, sand, and so on) being able to get into the hinge and lodge beneath the display, causing lasting damage; as well as people being driven to remove a protective layer that sat on top of the display because it looked kind of like your average run of the mill plastic screen protector. This resulted in damage to the display too. 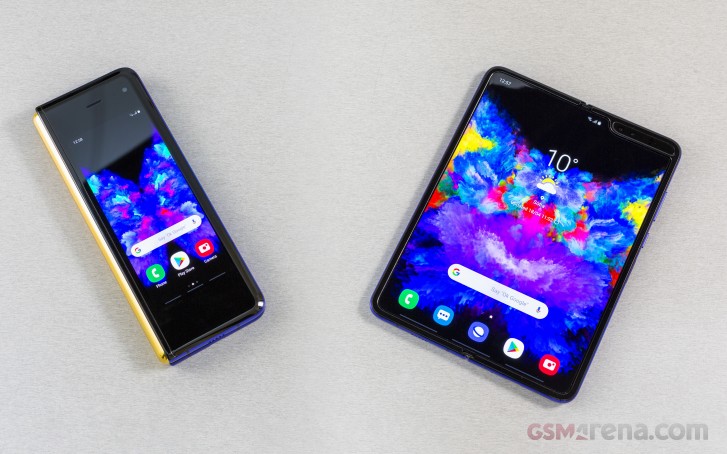 The latter problem was solved by Samsung tucking the ends of the protective film into the body of the phone. So now even if you wanted to peel it off, there's no easy start point for that. Hopefully this solution, paired with a huge warning in the box saying the film is not meant to be removed and doing so will result in the death of your newly purchased $1,980 phone, will convince people not to attempt such a maneuver.

On the review units, the protective layer didn't go all the way to the end of the bezel, so tearing it off with a nail was extremely easy.

As for the hinge situation, Samsung is said to be reducing the gap between the top and bottom parts of the hinge to prevent foreign substances from getting in. That won't 100% ensure that your precious new toy won't accumulate some dust or lint over there, but it should reduce the chances nevertheless. 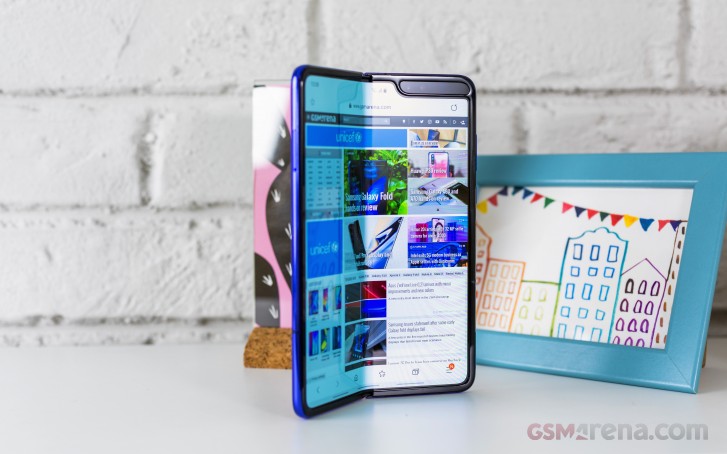 Clearly though for the next iteration of its foldable phone, Samsung needs to re-think the design of the hinge to make absolutely sure it doesn't introduce durability issues such as these. If you look at the Galaxy Fold as just a 'beta' handset of sorts (like, say, the Note Edge back in the day), then you might forgive such shortcomings. If you approach it as an almost $2,000 luxury item, though, not so much.

The improved units are currently being tested with Korean carriers, with Samsung expected to announce a new release date very soon. The revamped model is slated to go on sale in its home country at some point in June, and the domestic launch might take place before the US rollout. While you wait for the opportunity to buy one yourself, why not check out our Samsung Galaxy Fold review?

The screen won't crack because it is plastic, not glass. However, it also means the screen will scratch more easily, and will degrade faster than the current glass screens on smartphones

as long as it's durable that's all we need