On Tuesday, Google made several announcements about updated to various Android products and Google apps and services. Among the announcements was Google’s partnership with Samsung in developing a new Wear OS for future smartwatches.

Neither company shared any specifics about incoming smartwatches, but tipsters @IceUniverse and @RQuandt both shed some light on the Samsung’s upcoming Galaxy Watch that’s expected to arrive with the new operating system.

Starting with the chipset, this is expected to be a major change for Android-based smartwatches. The latest silicon from Qualcomm is Snapdragon Wear 4100 as debuted with the Mobvoi TicWatch Pro 3 on the 12nm process, and Samsung’s Exynos 9110 found on the Galaxy Watch Active2 is built on the 10nm process. If this rumor is true, Samsung’s next smartwatch could deal some serious performance power while improving battery life.

The Galaxy Watch Active2 has 2.5D glass, which gently sloped over the edge of the watch. The rumor is that the Watch Active4 will have flat, 2D glass protecting the display and with a smaller bezel, so we’re wondering if Samsung will continue to use the rotating bezel action used for scrolling through menus. 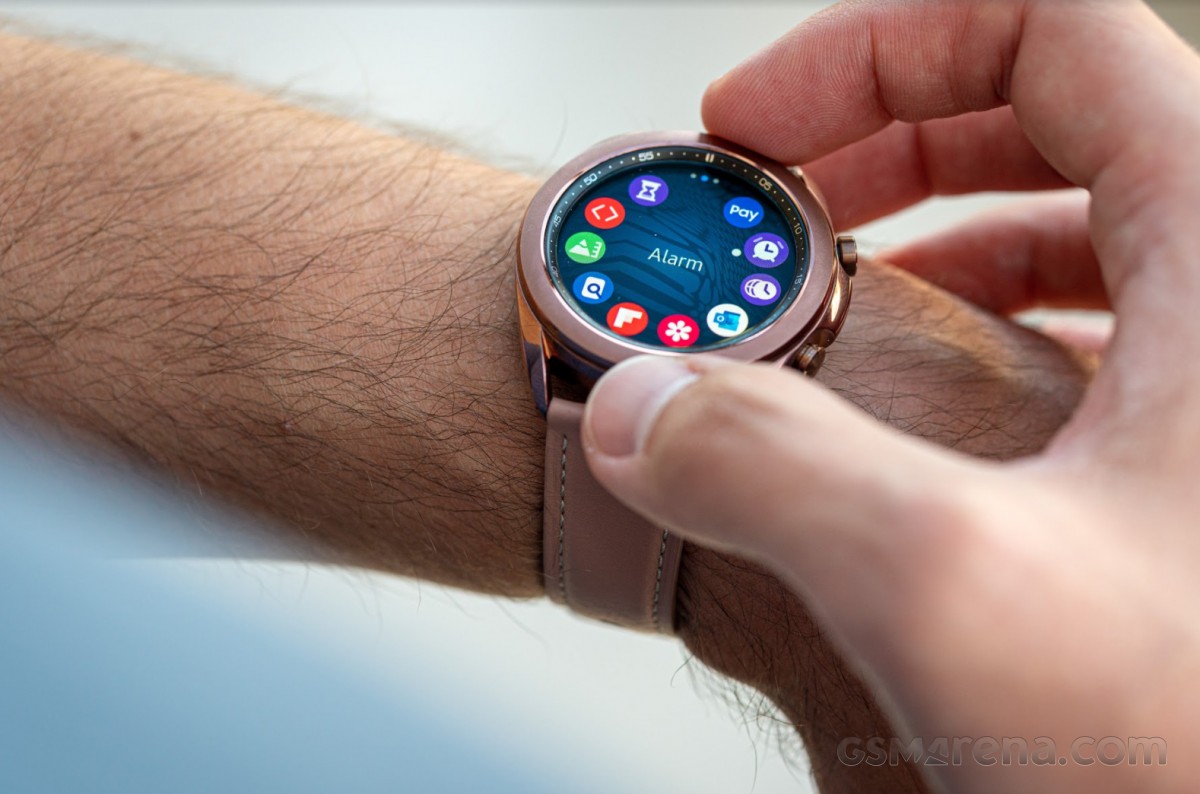 Following @IceUniverse’s Tweet, another well-known leaker, Roland Quandt, chimed in, suggesting that the Watch Active4 will come in aluminum and stainless-steel variants.

Even though Google told us some of what we can expect from Wear OS, we still don’t have all the pieces to the puzzle. Yesterday’s announcement was more like a teaser, with the new Wear still expected to arrive sometime in the fall. The new update will bring new apps as well, including an overhaul to Google Maps, Tiles, Spotify, YouTube Music, and the addition of offline downloads for both music apps.

if it has Bixby and Samsung Pay instead of Google Assistant and G-Pay, and GPS but no compass, and 4 GB of storage with 3 occupied by the OS will roughly be as good as current ones, but will not last a full day.

They should look into the original Huawei Watch. It was expensive, but it's still running 6 years later, has almost no bezel compared to any other watch, and still looks new. The sapphire OLED screen, and the electroplating on the cold rolled st...