The physical differences between the Xperia 10 III and the 10 II were so subtle that even we struggled to tell the two phones apart. In this context, the Xperia 10 IV is a most welcome sight, introducing a couple of new stylistic touches. 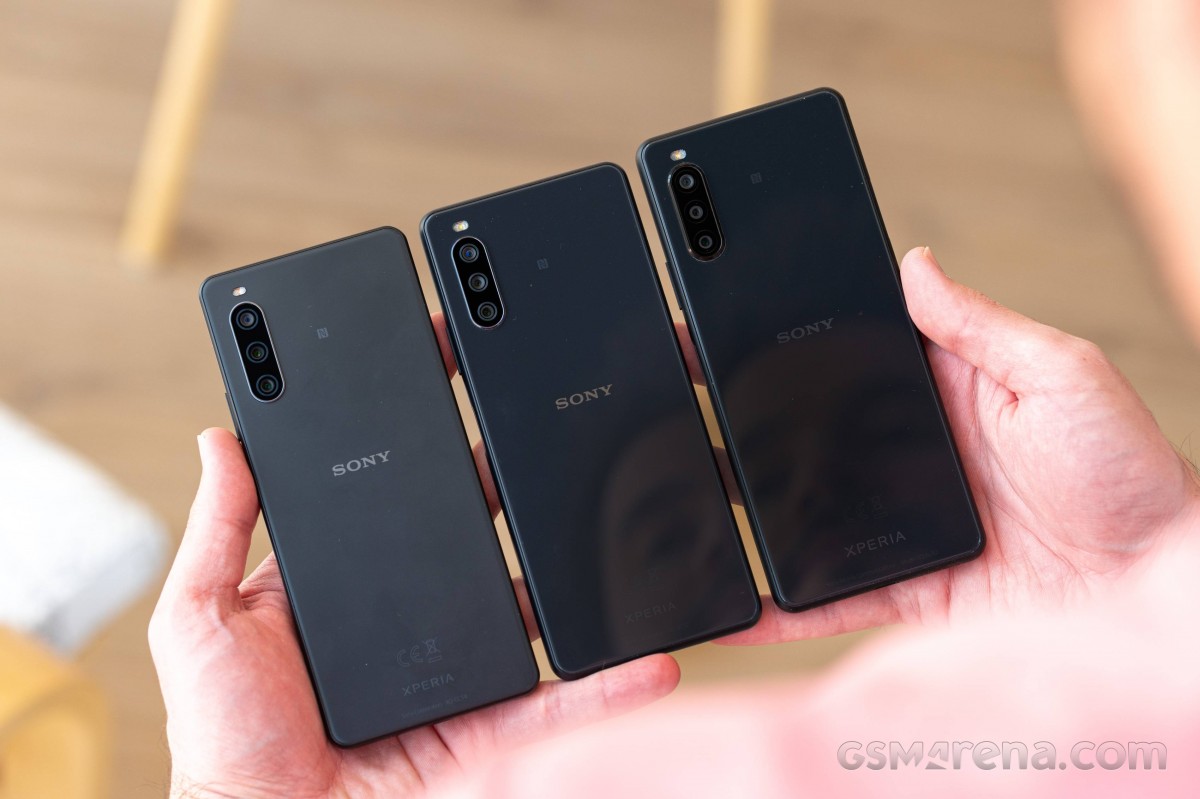 For starters, the back panel is no longer glossy but has more of a frosted matte finish instead. You'd think that should help with fingerprints, and, indeed, the Mark 4 fares a little better than the previous two, but it is still a little more welcoming of smudges than we'd like. It also requires more deliberate efforts to clean than a simple wipe with the loose end of your T-shirt (we sure hope we are not the only ones doing that). 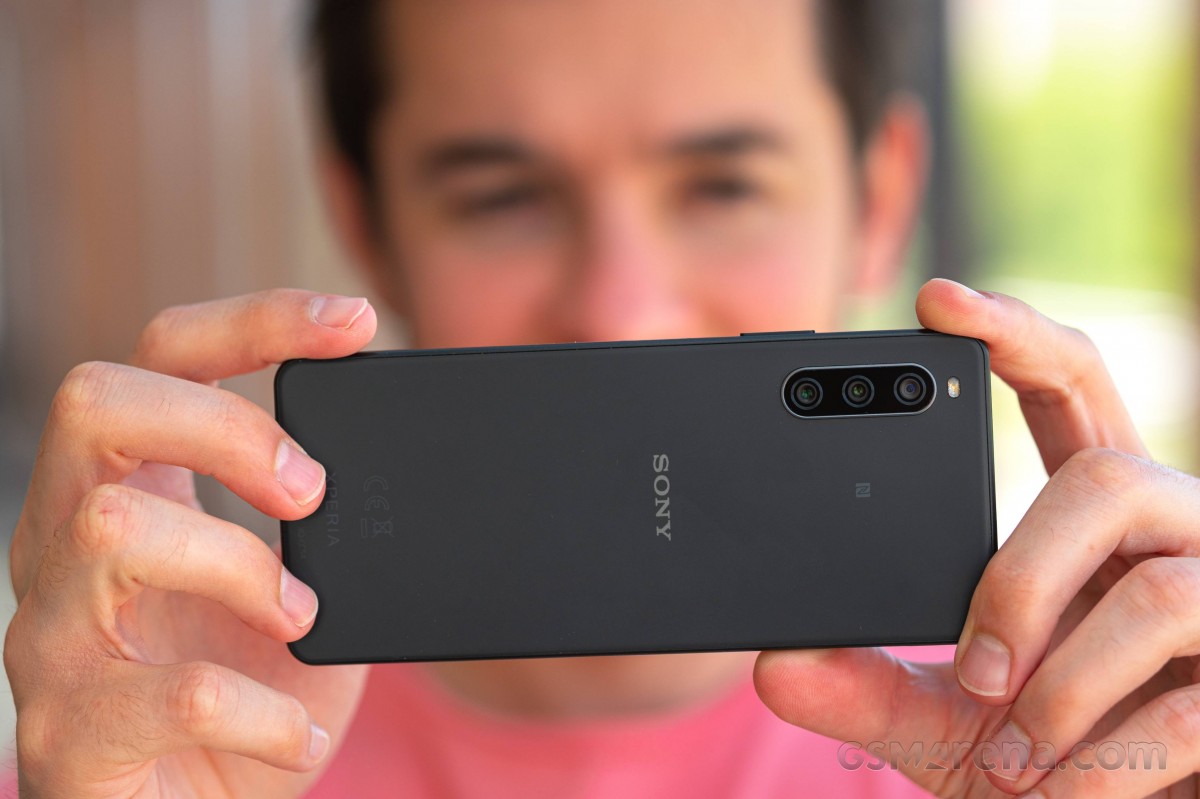 The generational difference isn't limited to just how the back panel looks and feels - the material has also been changed from glass to plastic. We wouldn't really say that's detrimental to the phone's performance - if anything, it's helped with keeping weight in check to make sure that the Xperia 10 IV nabs 'the lightest 5G phone with a 5,000mAh battery' title that so Sony is so proud of. 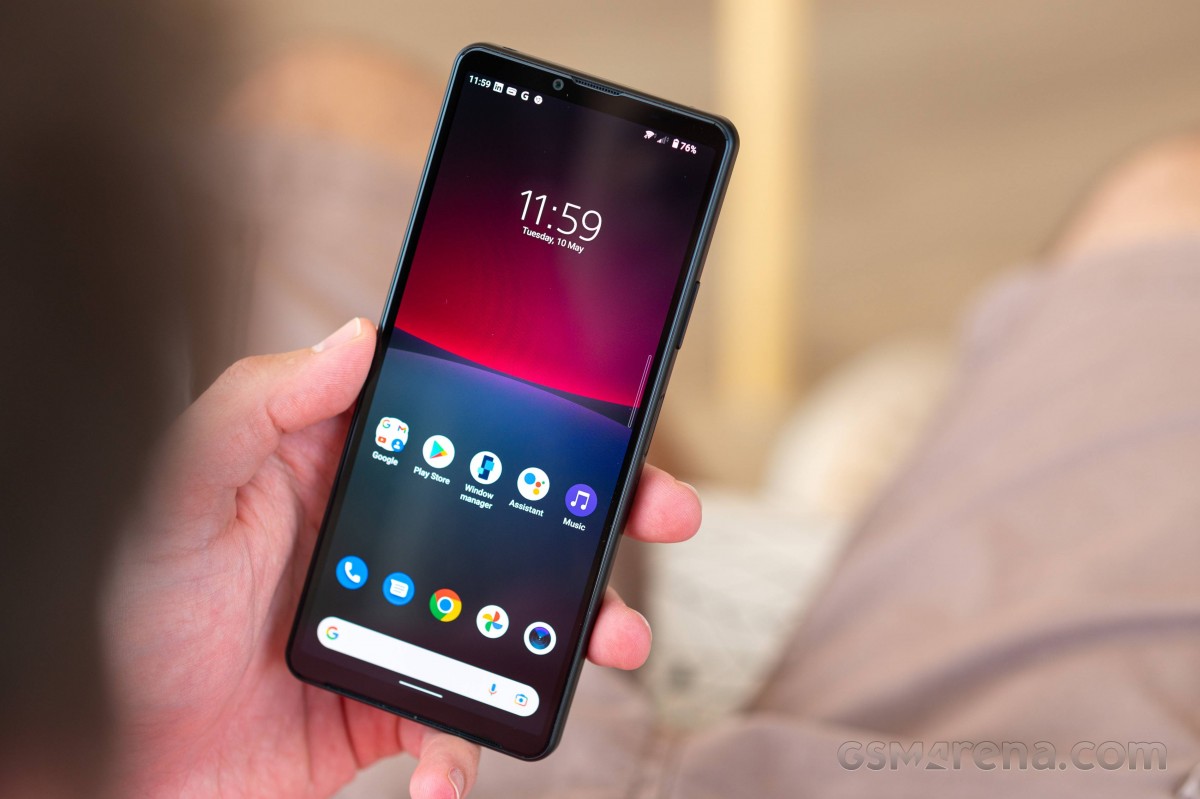 The other design change is the profile of the frame. Still plastic as always, it now has more of a flat shape next to the rounded edges of older Xperia 10s. We interpret that as an allusion to the high-end Xperia 1 IV, and before you say Sony is just following an Apple-Samsung trend towards flatter sides, we'd point out that the 1 II predates the reintroduction of the flat frame on the iPhone 12 generation. 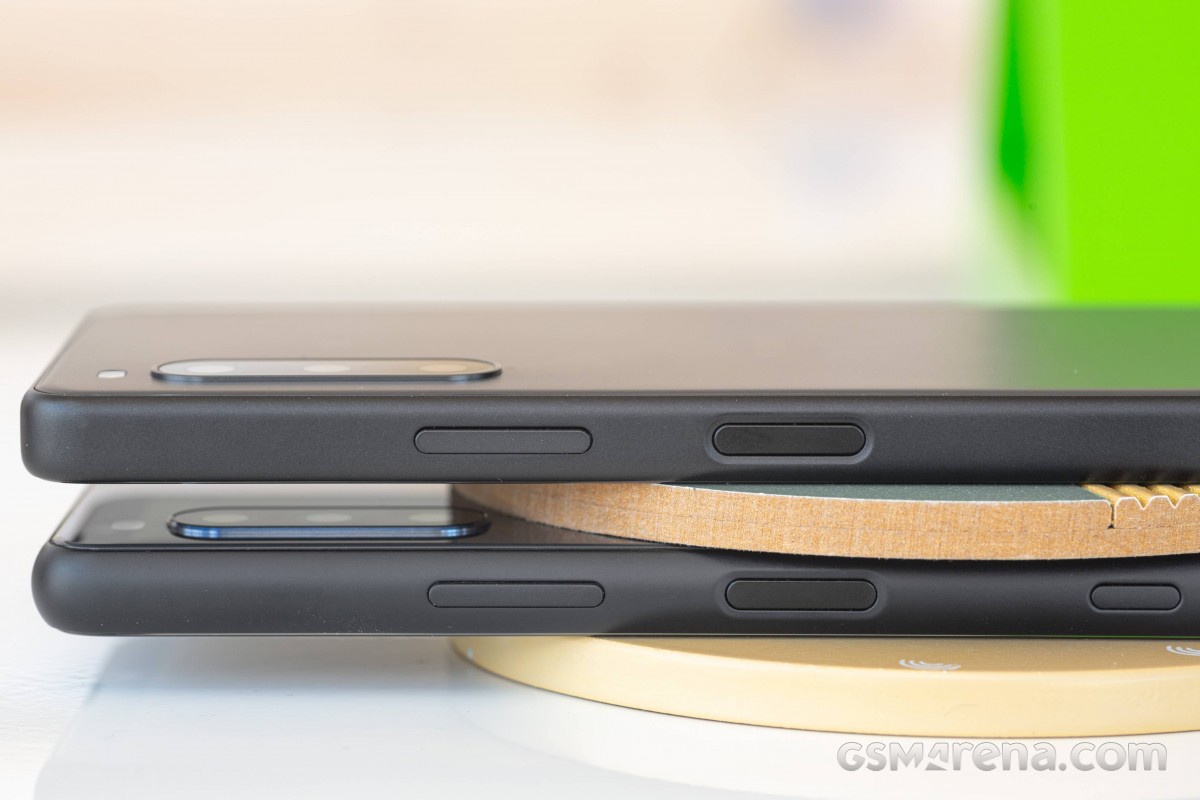 Keen-eyed readers will have noted in the above image that the dedicated Google Assistant key has disappeared for this generation of Xperia 10. We aren't remotely troubled by its omission, but if you're one to regularly summon the Assistant, pressing and holding the power button can serve that purpose just fine - that's its default behavior, in fact. 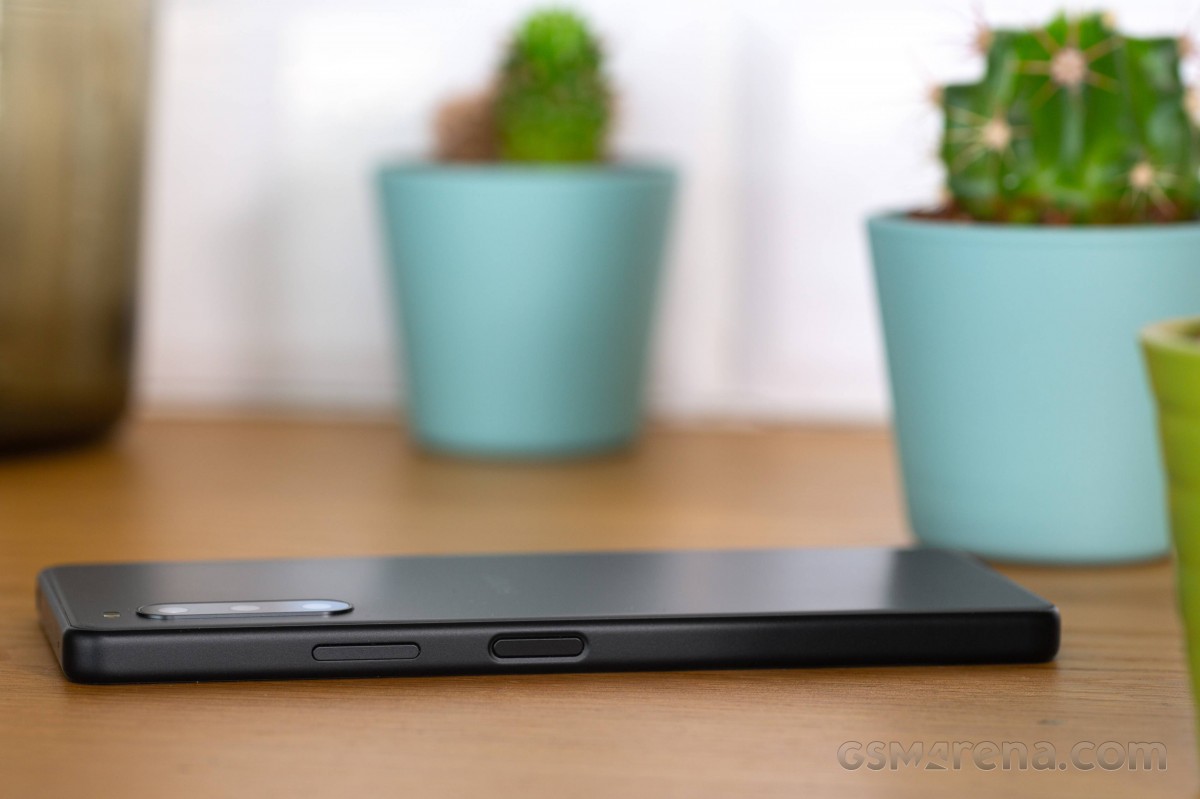 Speaking of that button, it's also home to the capacitive fingerprint sensor, as is typically the case with Xperias. For the most part, it worked trouble-free, be it with a right thumb or a left index finger. On rare occasions, however, it would simply refuse to unlock, either requesting that you clean the sensor or saying it couldn't recognize the finger. We wouldn't call it an issue, but it did happen every now and again.

There's also the matter that the Xperia can't be set to require a press on the button to initiate an unlock attempt - it's touch only. So it's prone to accidental engaging when you unknowingly brush off your palm skin against it, leading to the phone maxing out on fingerprint recognition attempts and requiring the backup unlock method. More heavily customized Android implementations do offer the option to avoid that, is all we're saying. 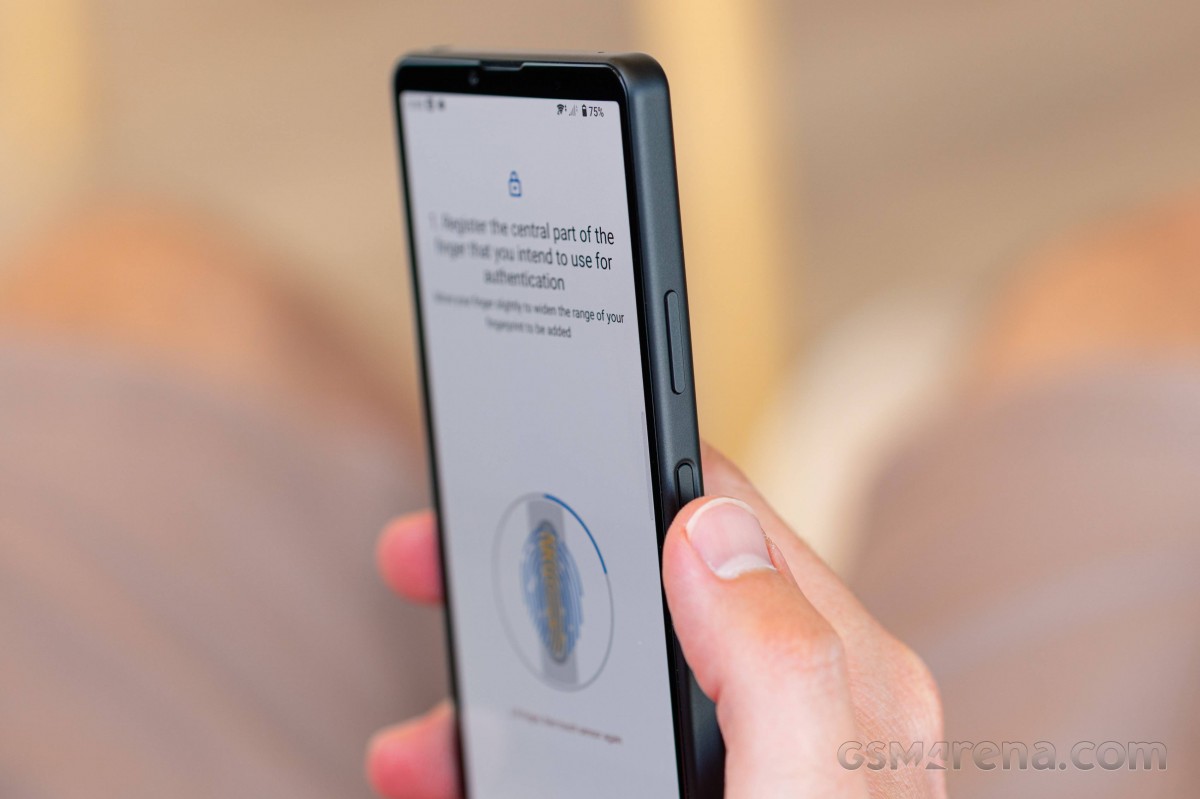 The other physical control on the Xperia 10 is the volume rocker located above the power button. Its placement is convenient, and it clicks positively - no complaints.

The opposite side of the phone is where you'll find the card slot. The dual card tray can accommodate two nano SIMs or a nano SIM and a microSD card. It's not quite the versatility of triple slots, but we still appreciate the option for external storage.

The card tray has a gasket (bright blue one, so you wouldn't miss it) to seal the insides off from dust and water, and the phone carries both IP65 and IP68 ratings for resistance to water jets and submersion. 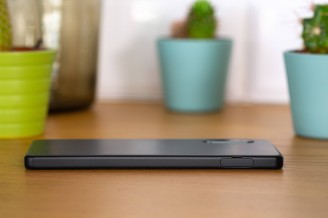 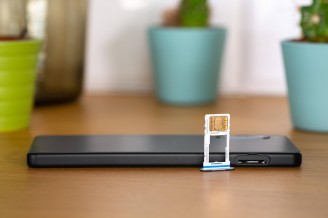 There is a mic on each end of the phone; the USB-C port is on the bottom, while the 3.5mm headphone jack is up top. 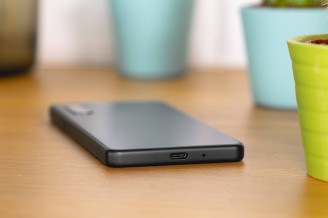 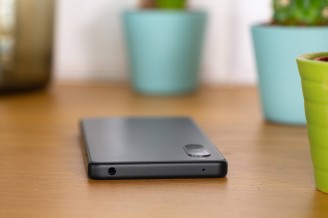 USB-C port and a mic on the bottom • Another mic and the 3.5mm jack up top

Sony likes to fit its speakers so that they fire towards the front, and that's the case with the Xperia 10 IV as well. Unlike the 1 IV, however, the 10 IV only has a single speaker - behind a mesh below the display. The earpiece above the display is just that - an earpiece, and there's no stereo action going on.

In this top bezel, there's also the front camera (so no cutouts in the display, as is the Xperia norm), as well as an RGB status LED and the ambient light and proximity sensors. 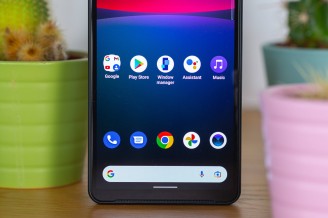 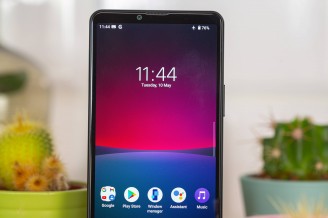 Front-firing loudspeaker below the display • Earpiece is just an earpiece

The display itself is physically the same as on the old phone (though it could very well be a different SKU) - a 6-inch 21:9 aspect OLED. That makes the phone rather tall and narrow (almost like a TV remote), another classic Sony touch. It isn't a bad combination - the form factor is convenient for endless scrolling, and 6 inches in this ratio actually means a fairly compact handset width-wise. 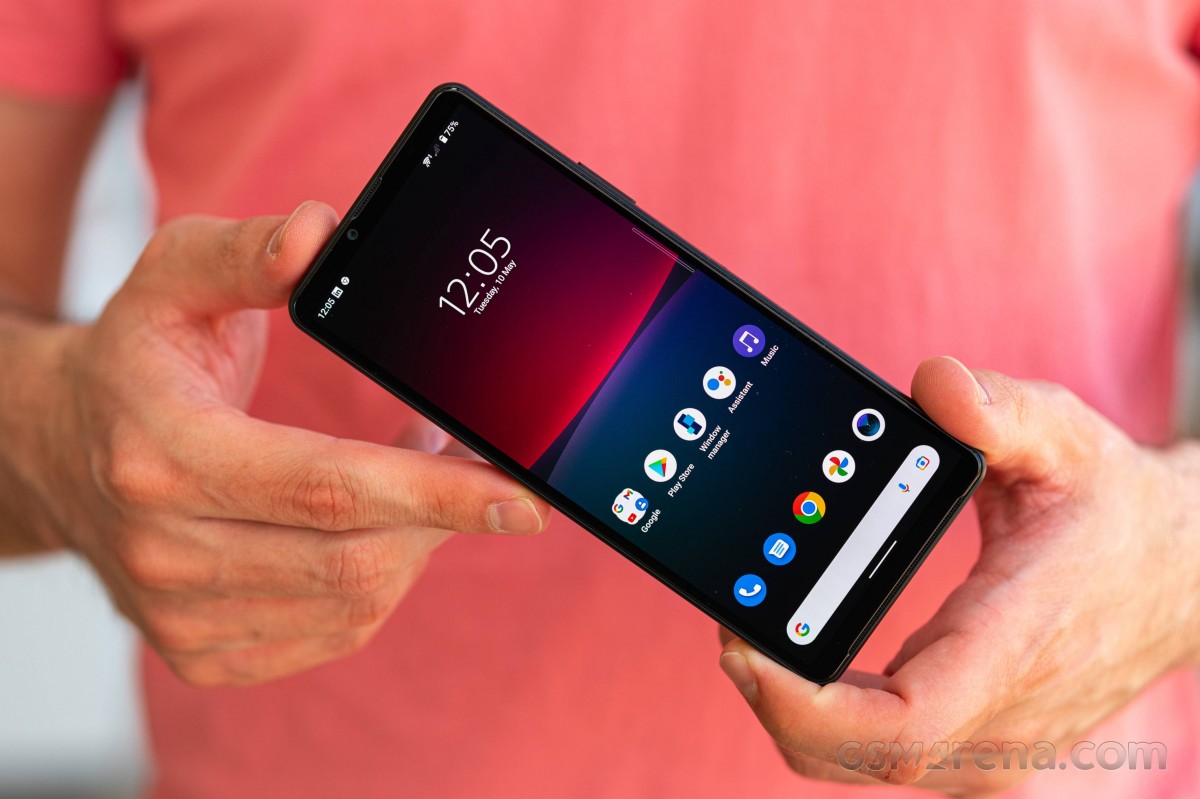 The phone is indeed very reasonably sized and measures 153x67x8.3mm. Sony likes to point out that they've managed to shave off a millimeter from both the height and the width while keeping the thickness the same. And, once again, with an increase in battery capacity and an actual reduction in weight. 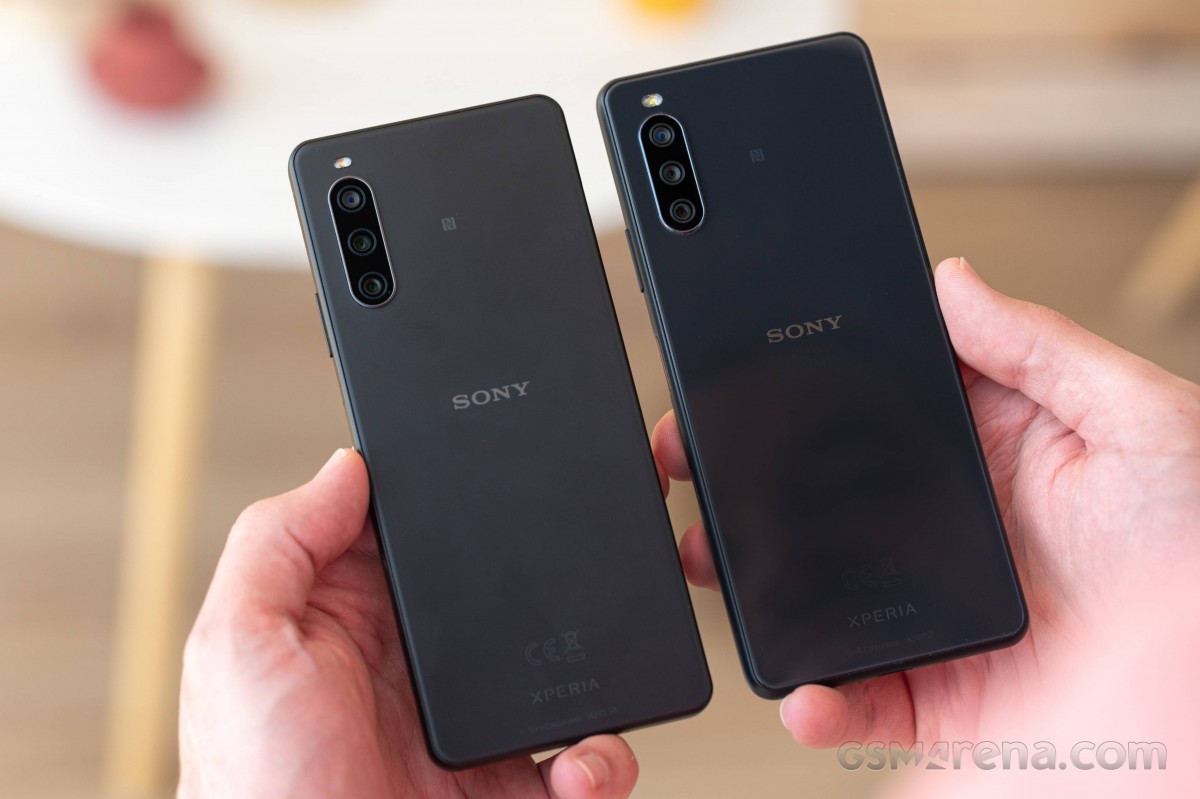 Isnt this phone relased in usa? I cant find it sony official website and link directs me an amazon account but it says it is unlocked. I am confused.

Looking at the Photo Compare Tool, Xperia 10 III and IV have to be some of the worst low light performers among mid range offerings in the last 5 years.

It's ridiculous to only have a very amateurish catalog spec rating without exact information. This phone's pros is Video Image Optimization & highend class headphone sound, and the battery technology. The back panel material isn'...