When was the last time that the smaller phone of a high-end pair was the superior one - and not just because you prefer compact handsets? Well, that seems to be the case with the Sony Xperia 5 II we have here for review.

How is it better, you ask? For one, it has a 120Hz display while the Xperia 1 II uses a conventional 60Hz panel. Even though it's not 4K as the Xperia 1 II, the 450ppi density of the X5II's screen is more than plenty, so we won't consider that a downgrade.

The other bit where 5 II is better than 1 II is battery capacity - that's to say, it's the same - the smaller size phone comes with a battery that's just as large as the 4,000mAh power pack in the larger model. It's probably the first time we're seeing such absolute parity between two differently-sized handsets from (more or less) the same generation.

The next thing that probably qualifies as an advantage of the 5 II over the 1 II is the introduction of the Google Assistant button on the right side. Mind you, the 5 II has 5 mechanical buttons, in 2020 - we can see people liking it for that alone.

The rest of the 5 Mark II is has been more or less carried over from the 1 Mark II. The camera system, for example, has the same triple-module configuration - a 16mm-equivalent ultra-wide, a 24mm main cam, and a 70mm tele, all of them producing 12MP images. Sony axed the ToF pair for the small model, however, we'll have to see how that affects nearby low-light focusing and portrait mode results. 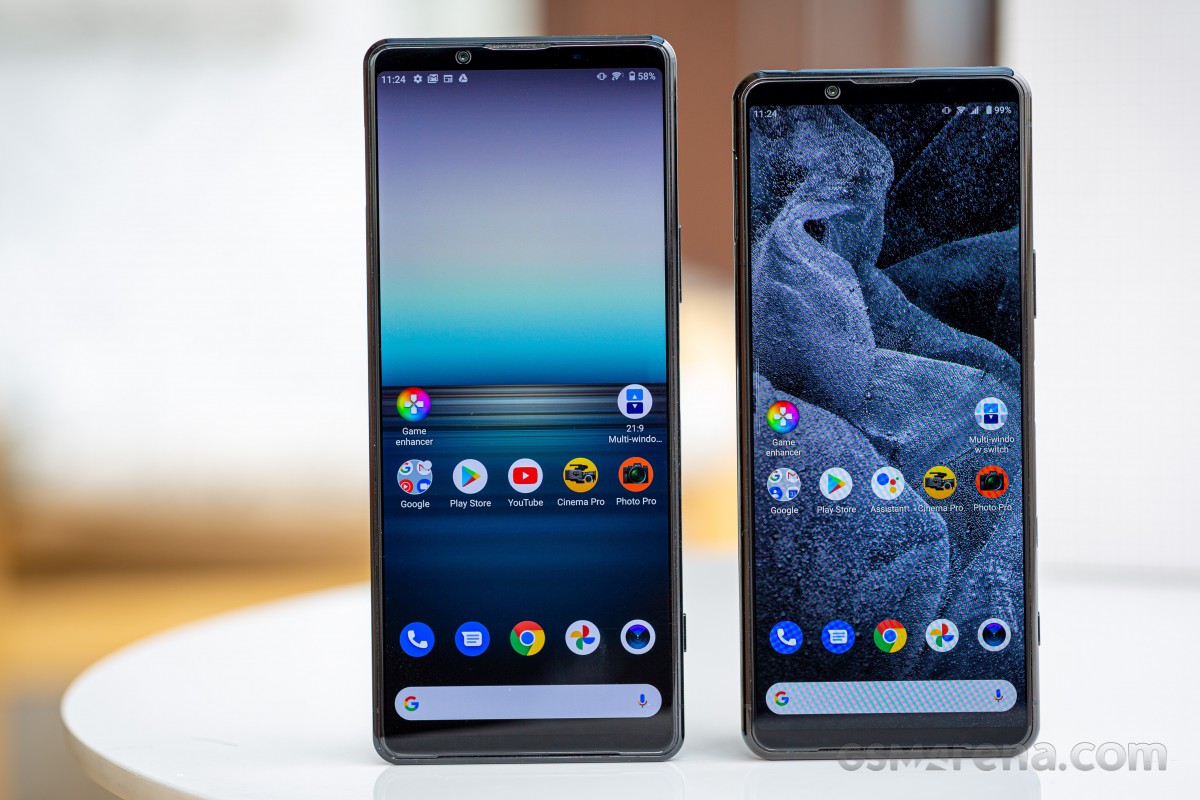 A few welcome generational improvements include the return of the 3.5mm headphone jack and the relocation of the bottom speaker to fire towards the front of the phone - both features shared with the 1 II, too.

What's not shared with the bigger model is the wireless charging capability - you'll need a cable to top up the 5 II. You can still do that over USB PowerDelivery up to 21W although Sony only ships (and, for that matter, makes) 18W chargers. Speaking of...

Our Xperia 5 II review unit arrived in a typical Sony white cardboard box with the phone's name stamped on the front in shiny letters. Inside the box, the minimalist approach continues - you get the phone, the 18W charger we mentioned, and a USB-C-to-C cable to go with it. That's it. 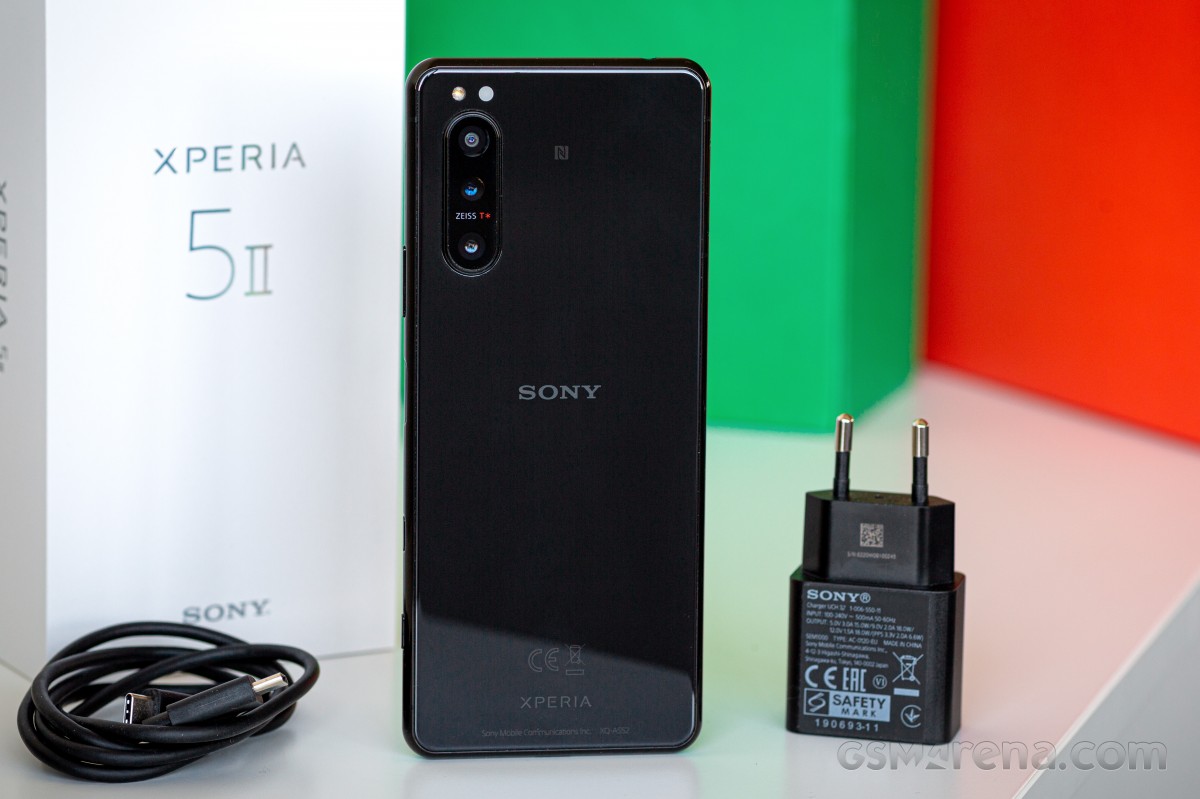 It's worth mentioning that the Xperia 1 II had a pair of earbuds in the package and Sony's had a history of tailoring retail bundles to different markets, so you may end up getting a headset with the 5 II after all.

the network reception is shit in this phone. stay away