Sometimes an underdog proves to be the crowd favorite. This may be the case with the Sony Xperia XA - the most affordable of the four X-phones we've seen so far and yet it probably causes the most excitement when you hold it in hand. 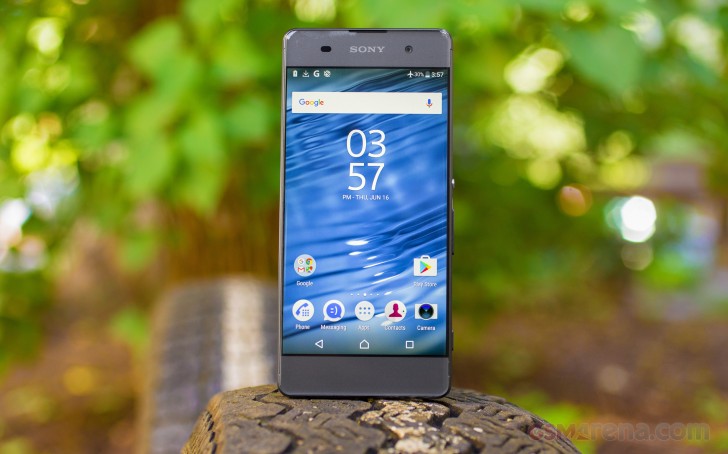 A big part of that is what Sony calls an edge-to-edge display. The Xperia XA is the narrowest 5" phone in our database - yes, even the bezelless Sharp Aquos Crystal is a fraction of a millimeter wider!

The scratch resistant glass over the screen has its neatly curved edges flow into the rounded metal sides of the phone almost seamlessly. Even flagships can't always get such a clean transition from glass to metal.

With Xperia's classy design and Sony's multitude of Audio Visual enhancements, the XA promises to be more than a mid-range commoner.

The fingerprint reader is gone - Sony says it would have made the bezel thicker and the company firmly believes the right place for the reader is on the side, that's why it didn't just move it to the front or back.

In Sony's new naming scheme "XA" is basically a letter of the alphabet - the Xperia XA and XA Ultra are in a class of their own, sitting some way below the X and X Performance in the pecking order.

At first glance the specs, in plain numbers, may be hard to defend at the Xperia XA price point. However, we believe "user experience for the buck" may be a fairer way to judge a phone than just plain "bang for the buck."

So put away your measuring sticks and put on your silk gloves - this is dressage, not horse racing.

I'm using this phone from 2016 to till date without any problem still working smoothly.

Sound is weak. Only my dog can hear the speakers on this.

Its good phone, i bought it 2 years ago secondhand for only 110€, still working perfect, i dont see any change in battery life-lasting me more than one day, using internet, no games. I dont even have any protection on displey and no scratch, using on...